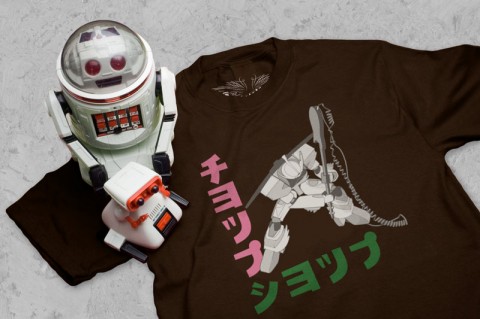 So the cool kids over at Hide Your Arms have made a pretty sweet list of 101 awesome robot-t-shirts, making my job to pick out this week’s geek apparel both incredibly easy (101 choices!) and incredibly difficult (101 goddamn choices!). Still, it wasn’t too hard to pick my favorite — a Gundam recreating the Clash’s London Calling album cover? Fuck and yes. I can’t stand how awesome this shirt in — the fact that it’s the goofy Turn A Gundam doesn’t bother me a bit, because he’s rocking so goddamn hard. This fine tee is $20 over at ChopShopStore and is perfect for anime fans, rockers and people who enjoy awesomeness of any kind.