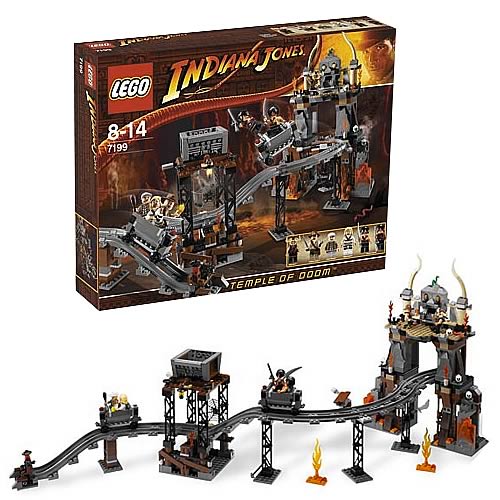 It doesn’t quite reach the majesty of Lego’s incredible Death Star set, but I knew you guys would want to see Lego’s Indiana Jones Temple of Doom set, which just got added to Entertainment Earth. Obviously, it’s got a sizable mine-cart rail, two carts, a rock trap, and the human sacrifice stage where Mola Ram takes out the still-beating hearts of his sacrifices. It’s tough to tell from the pic, but the set also includes Indy, Willie, Short Round, two Thuggee thugs and Mola Ram, who might just be the new greatest Lego figure of all time. If he comes with a little flaming Lego heart he can hold, change “might be” to “definitely is.” You can pre-order the set here.