Menu
Home
>
Cartoons
>
Adam West Puts the Cowl Back On 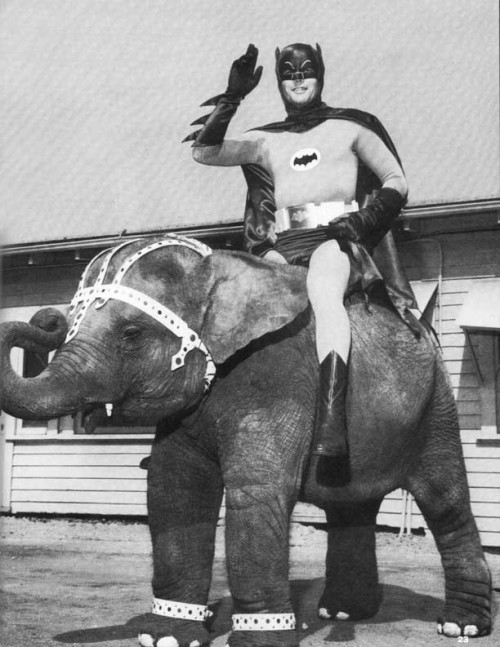 ?
That would be in an upcoming Batman: Brave and the Bold episode, in which he plays Bruce Wayne’s father Thomas. How does West playing Poppa Wayne constitute him becoming Batman again, you ask? Is Bricken going for a wholly misleading article title trifecta? No I am not. From Comic Book Resources:

The episode will feature the story in which Thomas went to a costume party dressed as a bat and defeated mobsters.

If that’s not awesome enough for you, it’s worth noting that Martha Wayne, his wife, will be voiced by Julie Newmar. FUCK AND YES.