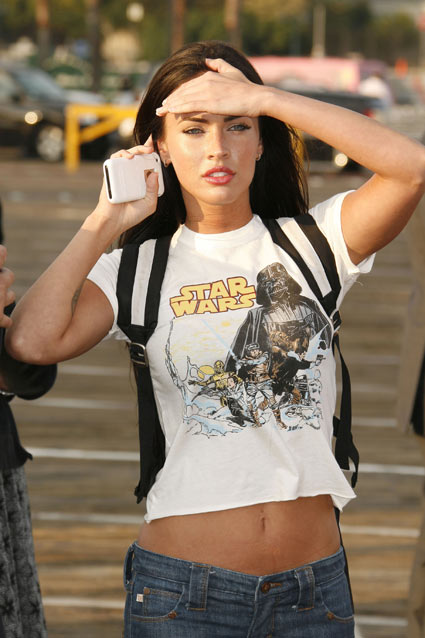 ?
I once swore that I would not cover any further bullshit Batman 3 casting rumors, but enough of you guys have emailed me this that I feel the need to point out that Megan Fox is not going to play Catwoman in Batman 3, no matter what the British newspaper the Sun says. They have made that shit up. Batman 3 is not in the casting phase. There’s no script. I don’t even think Nolan has agreed to do a third Batman yet. All of this shit will happen before casting. And it’s worth pointing out that the Sun said a few months ago that Eddie Murphy had been cast as the Riddler in Batman 3, which doesn’t sound a tenth as reasonable as Fox playing Catwoman, and that’s not particularly likely either.

So chill. It’s a lie. I don’t know why British newspaper are allowed to just out-and-out make shit up, but they do and they have. It must have something to do with their ability to show naked ladies in their newspapers as well.