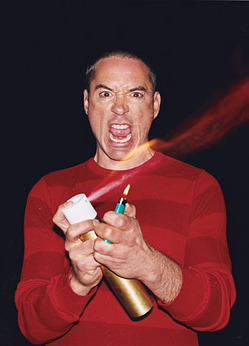 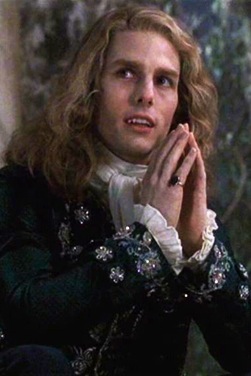 ?
Well, you can’t say that Robert Downey Jr. is wasting his current Hollywood popularity and sobriety. Not only is he the star of Iron Man, which I’d say is Marvel’s best movie franchise at the moment, not only is he playing the title role of Guy Ritchie’s Sherlock Holmes, which itself could spawn a few sequels, and now he’s in talks to play Lestat, the star vampire in a remake of Anne Rice’s Vampire Chronicles books.

I have no ill will regarding Anne Rice’s vampire books — Interview was okay, Lestat was a better version of Interview, and Queen of the Damned was crap — besides, compared to all these Twilight critters, Rice’s preposterously emo vamps seem manly and butch (hell, at least they catch on fire in the sun instead of sparkle). But I’m afraid of getting RDJr fatigue… and I really like the guy. I don’t know. Where does it stop? And god help me, if some Anne Rice remake starts interfering with future Iron Man sequels, I will seriously fuck some stuff up. By which I mean write some very mean things on the internet.