Menu
Home
>
Nerdery
>
When the Zombie Apocalypse Begins, We All Meet Up Here 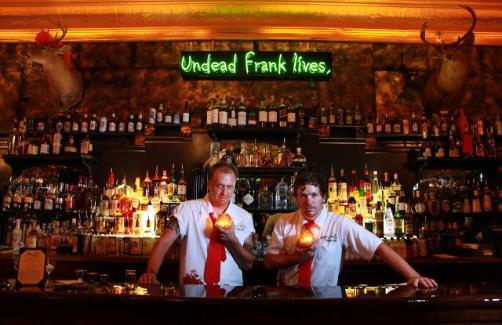 Tom Wallace, Star Tribune?
“Here” is Donny Dirk’s Zombie Den in Minneapolis, and let me tell you why — it has a chainsaw encased in a glass box which reads “In case of zombie attack, break glass” and thus will still likely be serving drinks after the undead walk the earth. Zombie protection and booze? There’s nothing else I’ll be needing, thanks. And the bartenders dressed in their Shaun of the Dead finest is just icing on the cake. Thanks to Silent Scream for the tip. (Via Star Tribune)