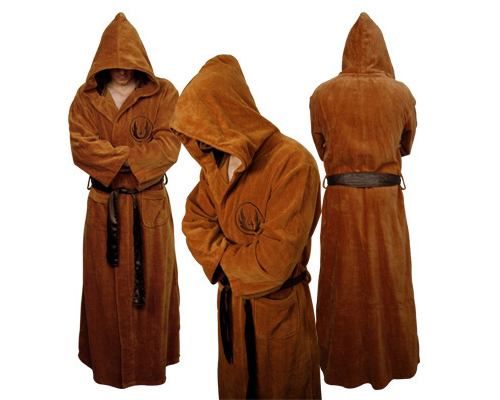 ?
These are official Star Wars bathrobes. You might think that they’re supposed to make you look like a Jawa, but I believe they’re actually supposed to be more reminiscent of Jedi robes. I suppose you could wear them to either sell bootleg droids or hack apart anatagonistic droids in comfort. They’re $100 (you have to import them from the U.K.), are due in late November, and can be pre-ordered here. Just don’t wear them into a British grocery store, okay? Or you’re just asking for trouble. (Via Gizmodo)