WHOSE RESPONSIBLE THIS? I wanna know whose idea was this RIGHT NOW. Who did this on purpose, huh? I found this little secret and I’m so angry I wanna know who did this and why or I’ll report everyone here to the site moderaters on this website and Yiffstar and have the one responsible BANNED FOR LIFE. NOW TELL ME WHO DID THIS NOW?

This was utterly, totally hilarious. My buddy Sean T. Collins immediately recognized the potential goldmine that Brickhousebunny21 had revealed to us and posted on his blog:

My friend Rob Bricken, aka Topless Robot, has a recurring feature at his site called Fan Fiction Friday, the goal of which is to plumb the abyss of horror that is the collective imagination of the nerd Internet. This week’s installment is about a woman having sex with a baby Pokemon teddy-bear thing. But where it really takes off is when the author (search the page for Brickhousebunny21) shows up to complain and threaten. He leads with WHOSE RESPONSIBLE THIS?, as meme-worthy a phrase I’ve seen on the Internet since “I am aware of all Internet traditions.” It’s an ALL YOUR BASE ARE BELONG TO US waiting to happen. I’m working it into my repertoire immediately. The next time I’m outraged by something on the Internet, I’m damn well gonna try to find out whose responsible this.

Somehow, Brickhousebunny21 also found this, and defended himself thusly:

Brickhousebunny21:
Fisrt, nobody checks spellling on the internet!!!! SEcond, I”m only in high school, so give me a fucking break!!! Third, I am what they call the best of the best, so mock all you want, but I have my fans, and they lvoe my stories!!!!

HE IS WHAT THEY CALL THE BEST OF THE BEST, PEOPLE, AND HIS FANS LVOE HIS STORIES. Obviously, none of us have any business making fun of his pedophilic-bestiality fiction or his delightful typos. Unfortunately, TR reader Yurineko posted this before I had time to inform him of this:

And then all bets were off. What follows is the best WHOSE RESPONSIBLE THIS pics sent to me by TR readers and pals, a post so epic it is also today’s Daily List. I think you’ll understand why. AND YOU’LL LVOE IT!!!!

TR contributor Chris Cummins led the initial charge with a strong onslaught; he has some more at his Twitpic account, too. 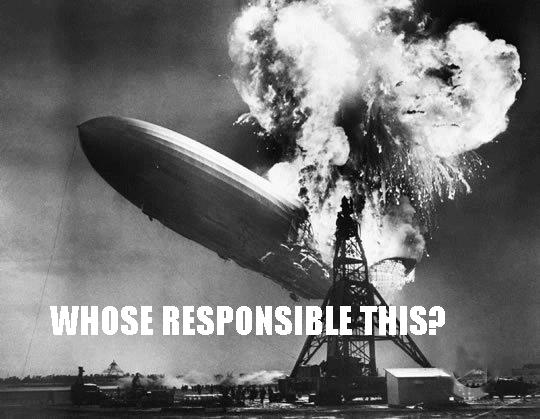 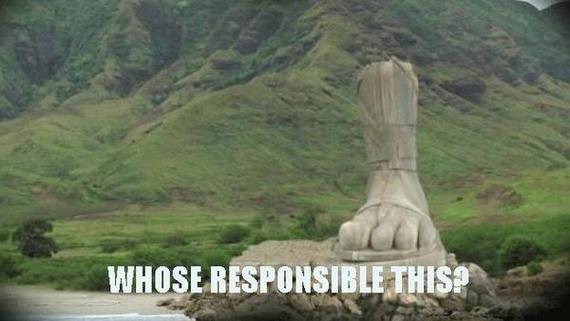 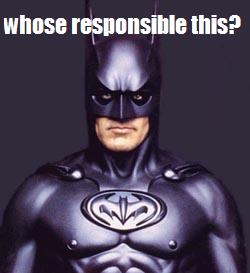 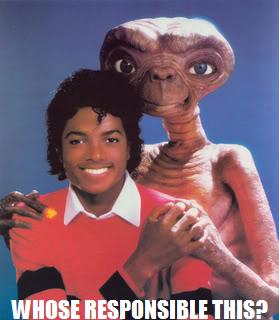 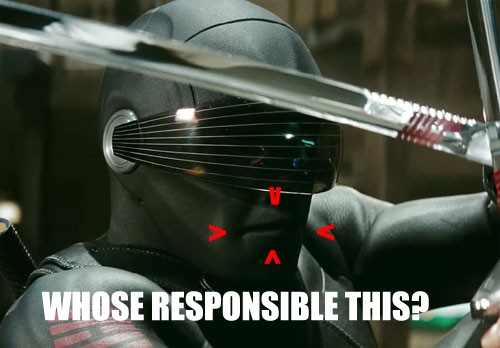 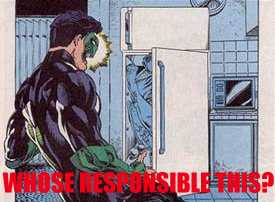 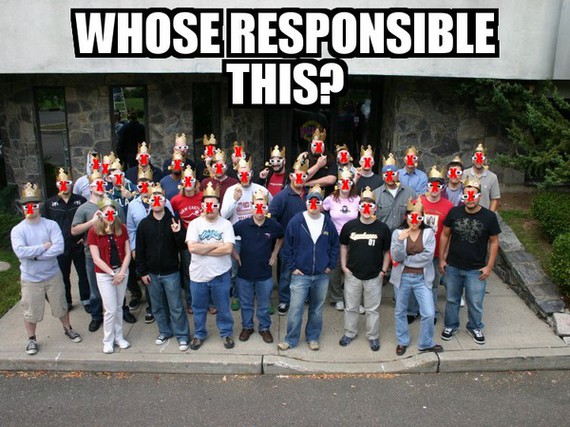 That last pic is of the Wizard Entertainment staff circa 2006 — a group
of which only 6 or 7 are left. Since I’m an ex-Wizard-ite too, I find it delightful in an intensely tragic kind of way. Meanwhile, Comic Book Resources‘ Kevin Melrose is clearly a doubter. 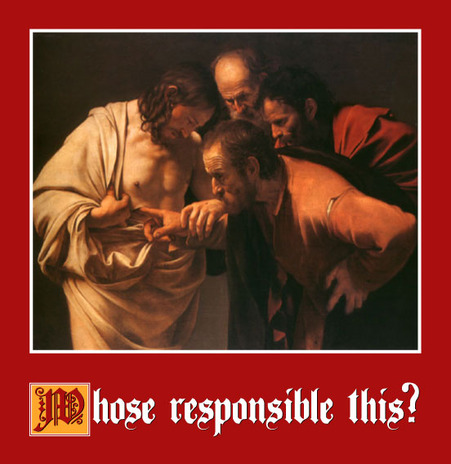 Flimgeeks thinks there’s a grassy knoll in the Marvel Universe. 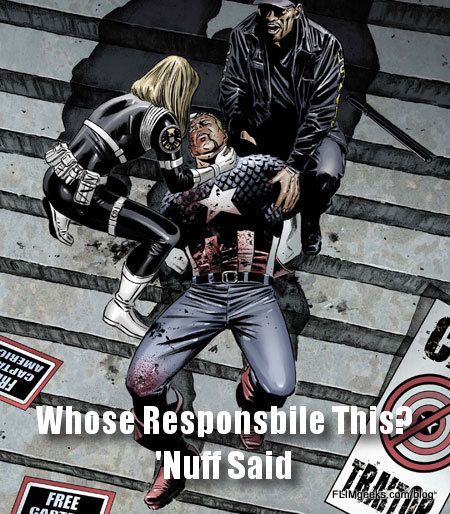 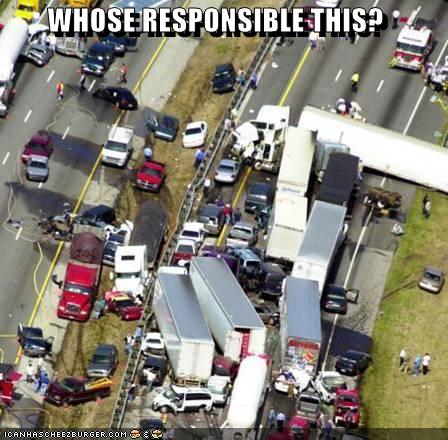 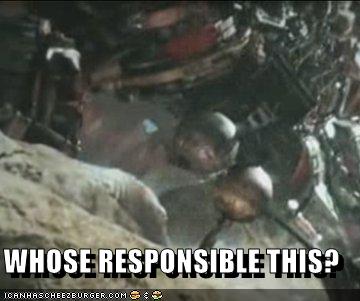 This kicked off a trifecta of awesome Transformers 2 WRTs, including one by Nikademus1969… 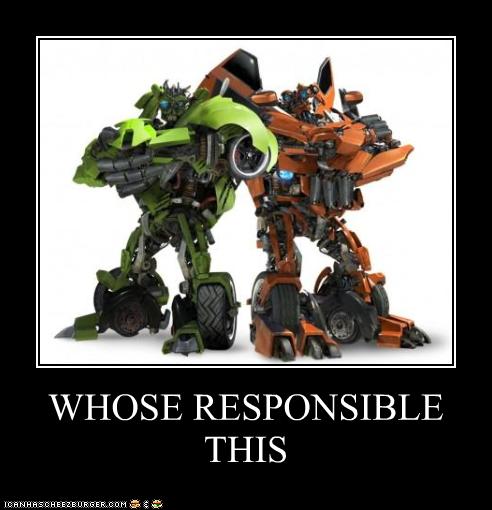 …and a more general yet equally delightful one composed by a slumming Matt Ufford, writer of the fabulous TV blog Warming Glow. 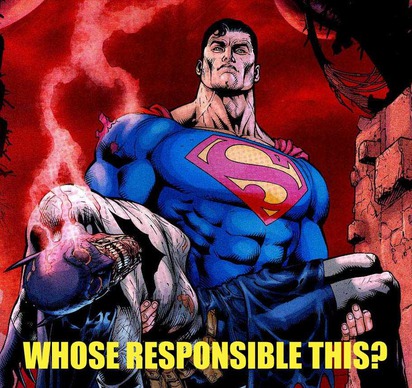 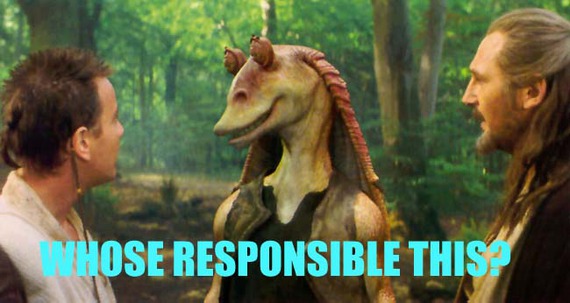 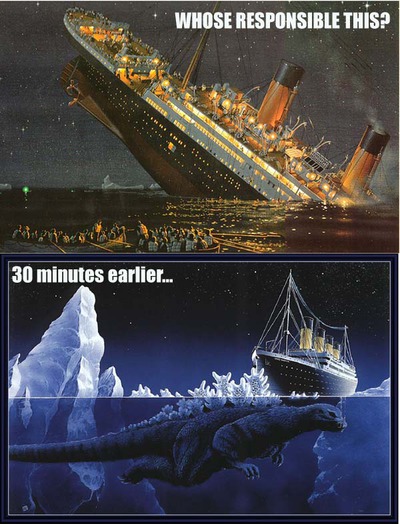 And three of my favorites from World of Wardcrap‘s Chris Ward (who also has a few more at his blog). 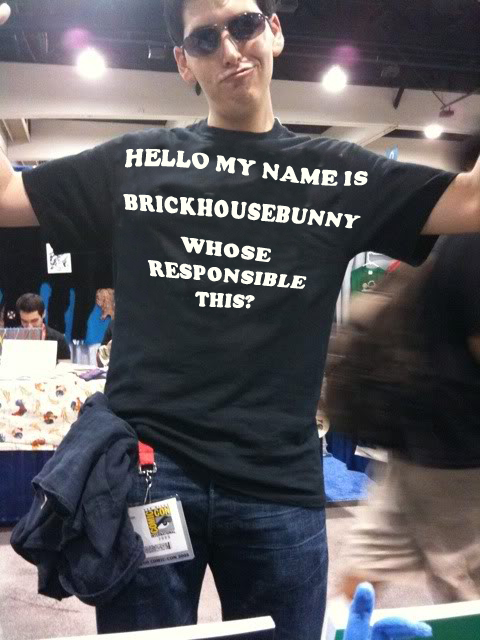 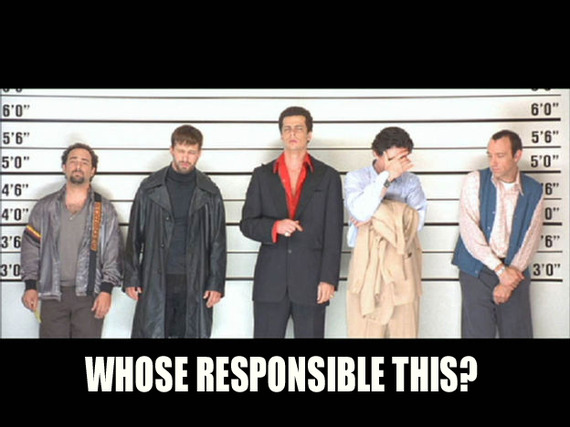 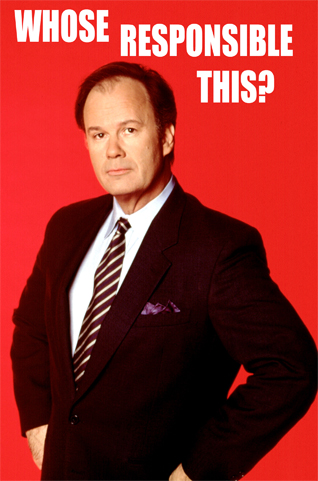 Lord Alvarez is still upset they blew it up. 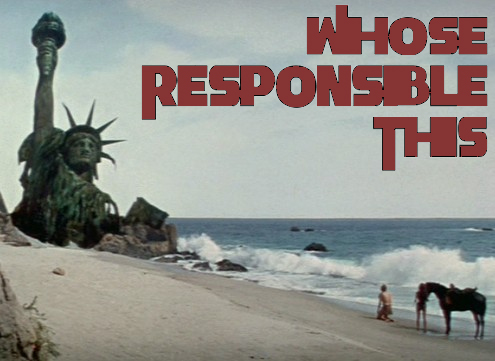 Shibbee finds horror in the esoteric and banana-eating:

Listy has someone’s hand in an uncomfortable place. 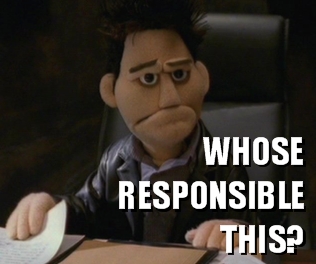 At least Nicole Nicole’s head keeps warm in the cold. 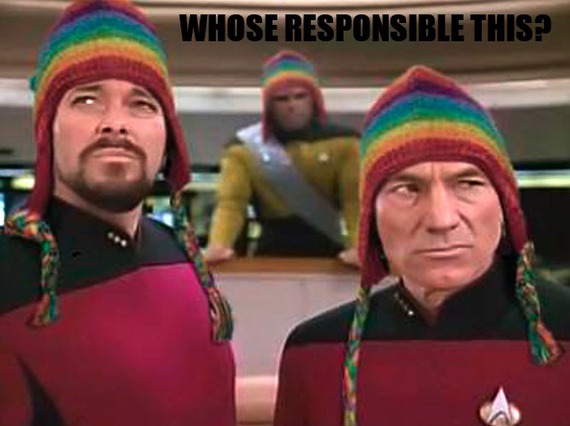 ANN‘s Zac Bertschy doesn’t even like the Dragonball anime anyways. 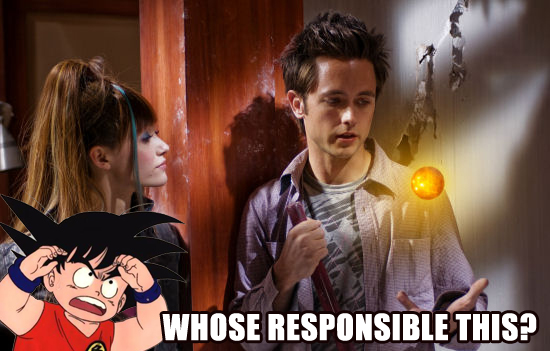 And fellow ex-Wizard-ite Rickey Purdin is pretty much our gang’s photoshop god. He just followed his bliss. 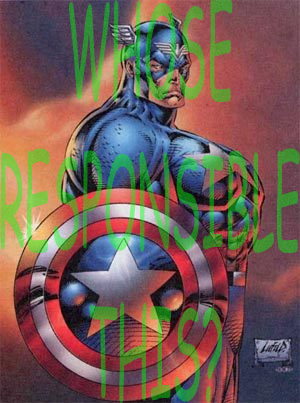 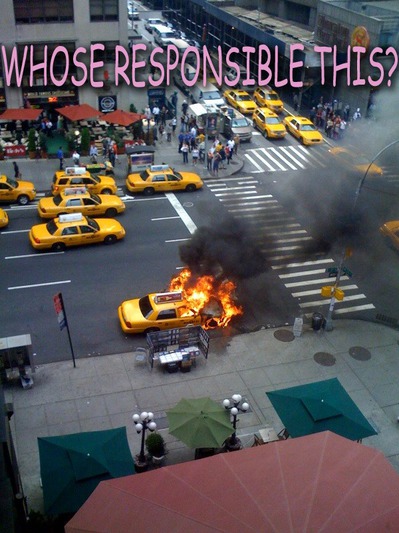 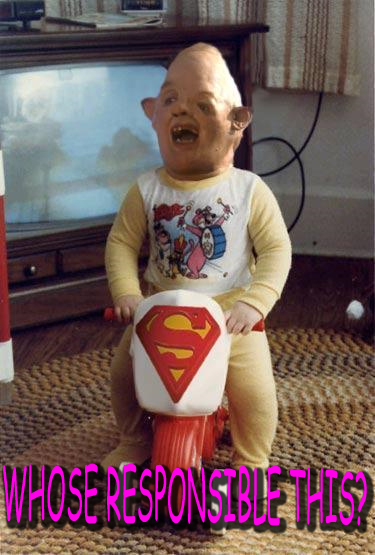 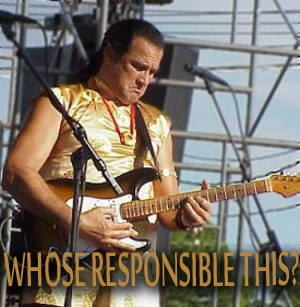 Kanye was a tad of a giant douchebaby last night at the VMA’s, but Mike Duquette was ready for him. 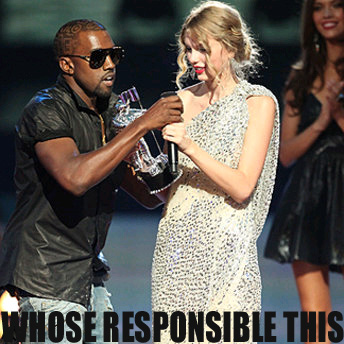 Television Without Pity‘s Zach Oat still has not emotionally recovered from the trauma of watching Catwoman and The Spirit. 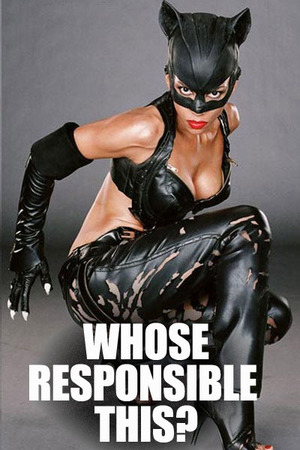 And the grand prize winner for the best WHOSE RESPONSIBLE THIS — not just of the weekend, but I think all possible futures — is this masterpiece from TR commenter Spidermark. Well done, sir. You’ve enriched all of our lives immeasurably. 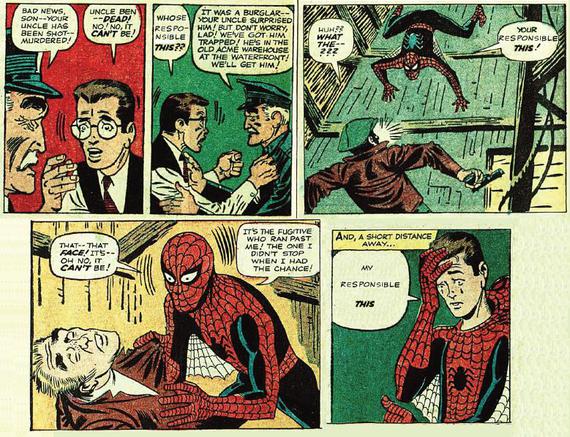 Now, we’ve had a lot of fun here at Brickhousebunny21’s expense, which I would feel bad about, except he wrote a story about a girl fucking an underage teddy bear. But Sean Collins would all like us to keep in mind that they call Brickhousebunny21… well, you know.

?
And we will never be able to take that away from him.