Menu
Home
>
Miscellaneous
>
WHOSE RESPONSIBLE THIS II: What You Call the Best of the Best

It’s been a hell of a week here at Topless Robot. Thanks to the efforts of Brickhousebunny21, his horrible bestiacestopediality (hat tip to Kayla for the term) story at Yiffstar, and his clearly lackluster secondary education, we have created a full-on, goddamn meme. Before I get to the pics, I want to celebrate some of the bigger WHOSE RESPONSIBLE THIS mentions of the last week — obviously you saw Nerd Hitler’s reaction and the song, but here’s the rest:

? WRT has a Wikipedia entry.
? It also has a Facebook group — you should definitely join if you’re on Facebook, duh.
? In case you didn’t see it, that’s Miss MayDay’s second WRT song above, “We’re All In Trouble Now.” It’s my new favorite song with my name in it.
? WRT was mentioned on the Tosh.0 blog on Comedy Central. His show doesn’t air again until October, but maybe WRT will make it on there.
? There are shirts. Hopefully TR will be able to sell some “official” ones eventually — meaning ones I make money on — but if you can’t wait, go for it.
? Karl S. gives a dramatic reading of BHB21’s comments over at YTMND.
? WRT was recognized by Canada’s National Post on apparently a slow news day.
? Maggie K. penned her own song on the entire TR/BHB21/WRT epic titled “Banned from Yiffstar.” If this doesn’t become a traditional drinking song in the next 20 years I’ll be very upset.
? And last but certainly not least, WhoseResponsibleThis.com. I’ve got nothing to do with it, but it seems perfectly keen — you can allows add your WRT pics at your leisure.

Not a bad week’s work, methinks. But it’s certainly not all — hit the jump to see the multitude of WRT pics sent in since Monday afternoon’s post. Unfortunately, this will take the place of this weekend’s TR contest because as a pudgy nerd, I’m exhausted even after assembling a lot of photos in a blog post. But I think you’ll like them — they’re what people call the best of the best, after all. 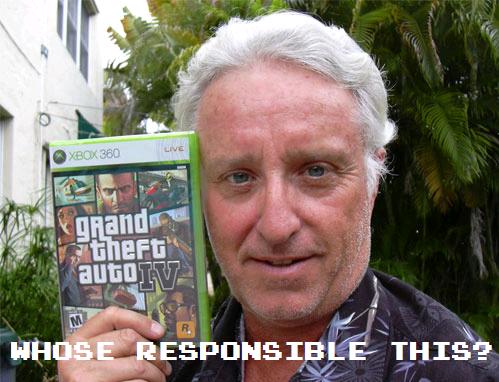 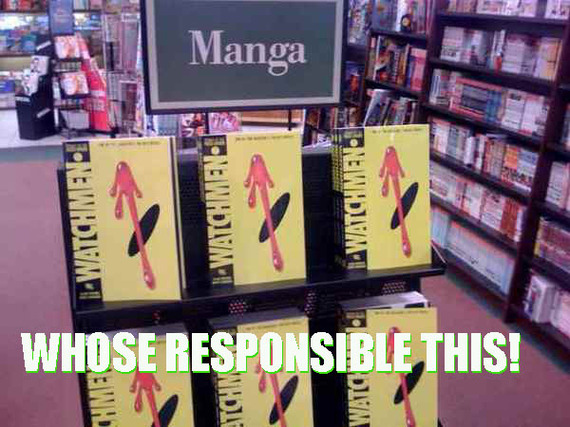 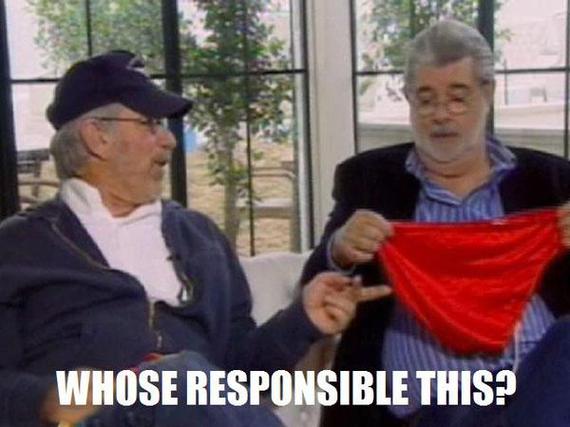 Chris Cummins is also scared of the dark, but with good reason. 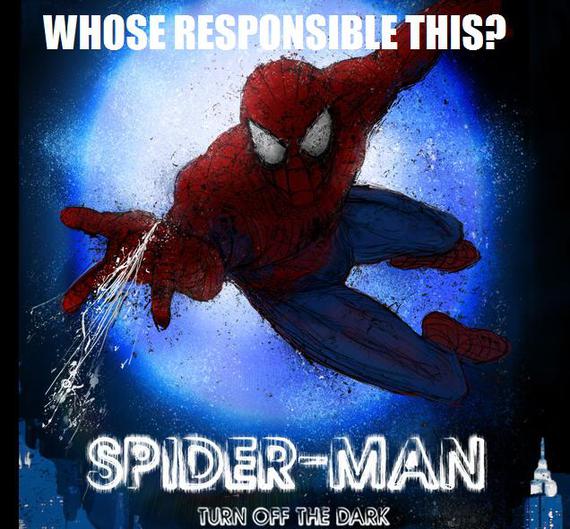 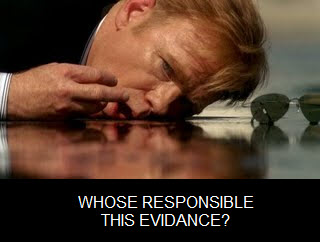 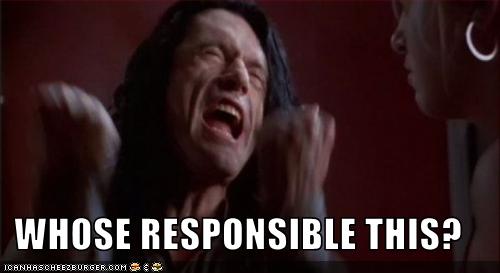 Commodore Skippy only bought it for the pictures. 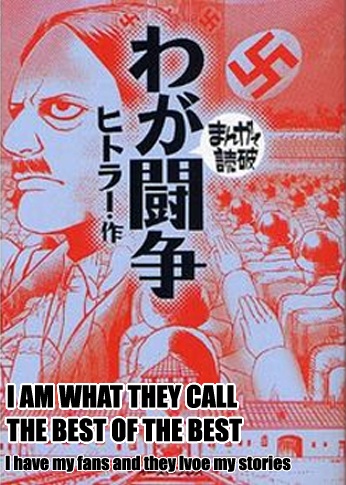 Doc Ock 4Mugen could lead a class-action lawsuit on his hands with this pic. 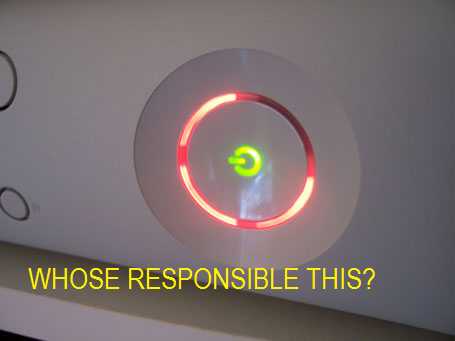 Fawkes won’t let nobody give no Brontes no shit. Word! 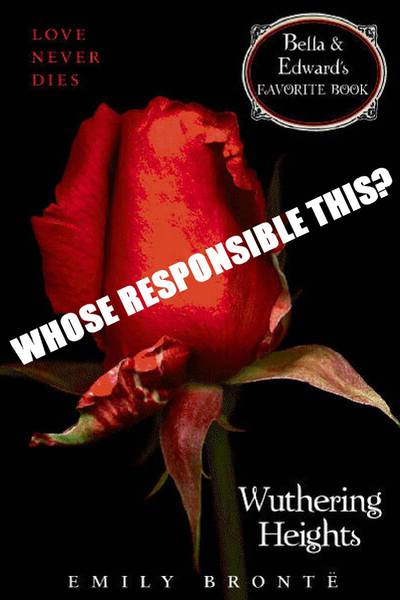 Friginator has found my origin issue! 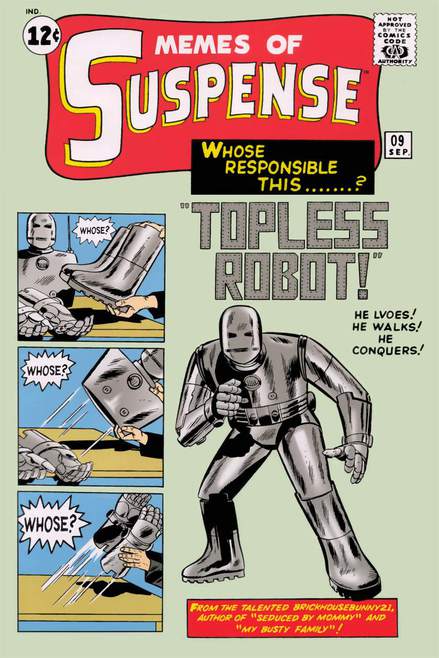 Friginator also told Bruce to wait until The Mark of Zorro came out in DVD. But did he listen? Noooooo…… 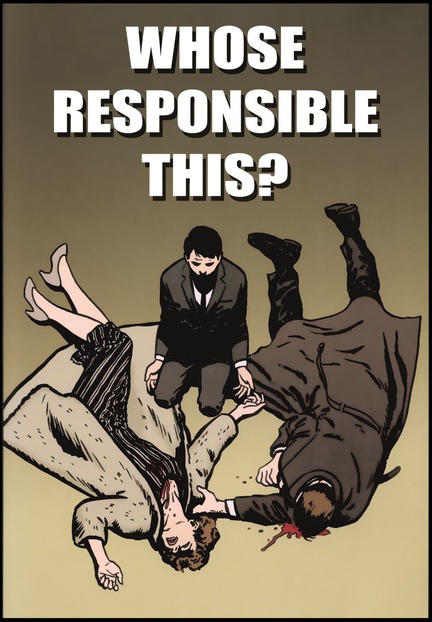 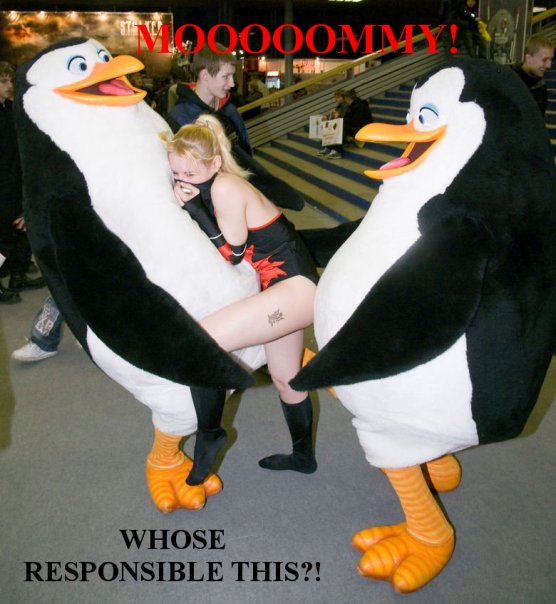 Honkey Kong was proud to unlck this achievement.

I got a lot of WRTs with Teddiursas in them, but John B‘s wee-wee put his over the top. so to speak. 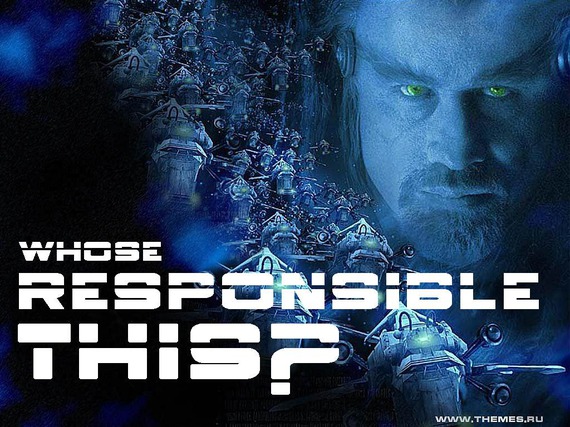 Johhny Luchador has no love for Courtney’s bullshit. 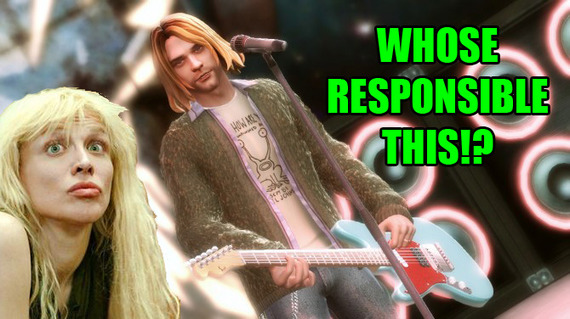 Kayla takes WRT right back to the source. Well, unless you count God for creating the earth and animals and humans.

I am Kevin C’s genetic twin. Except he got all the good genes. 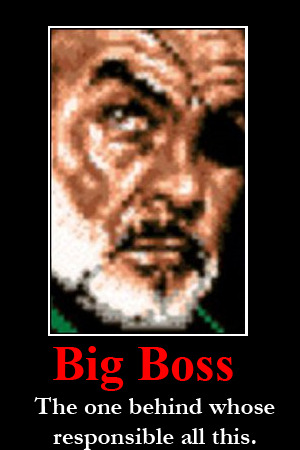 King Psyz is a legal eagle. Unfortunately, keeping eagles is illegal in the U.S. 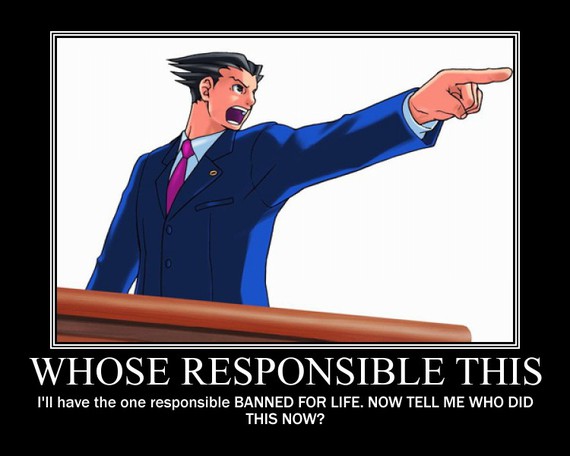 Oddly, when LBD “Nytetrayn” interrupted Kanye to make this pic, Kanye was very cool about it. 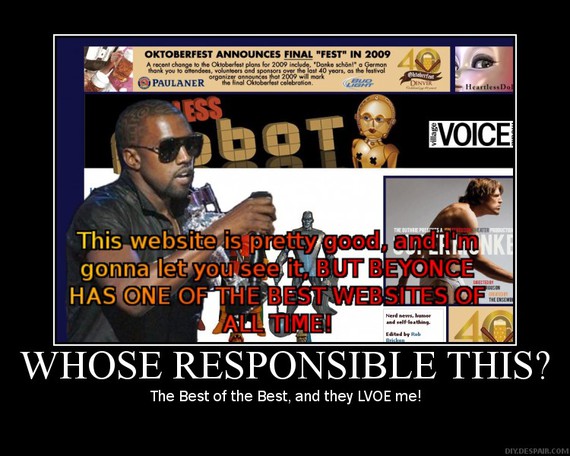 Don’t turn around, Mai! No matter what Listy tells you! 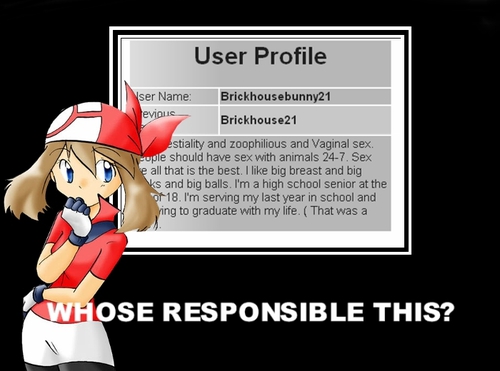 Marvel Man is still confused. How does Jango Fett fit into all this again? 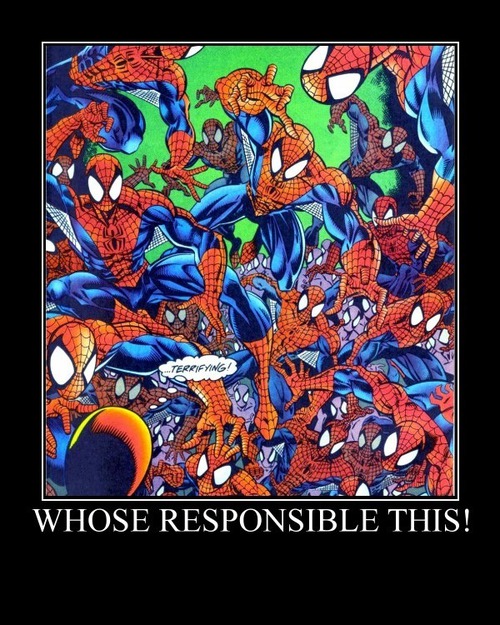 Marvel Man also asked Deadpool to chaperone, but he was busy setting fire to Fox. 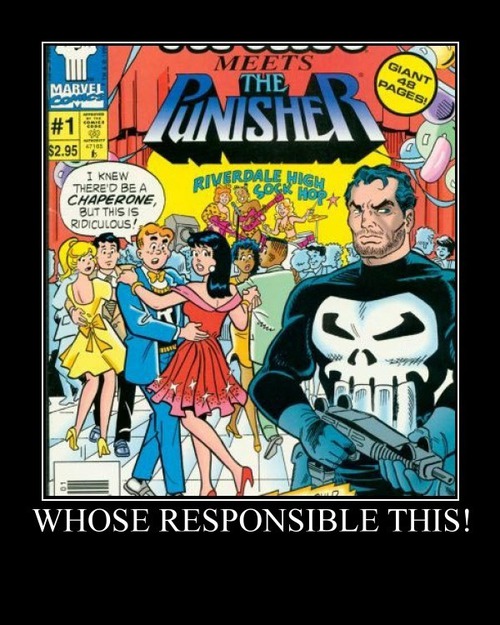 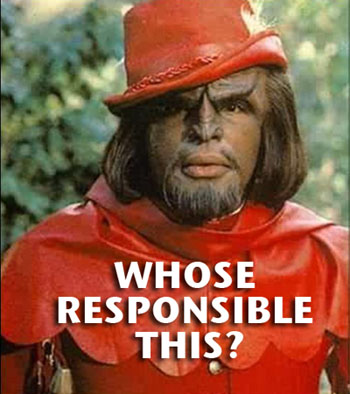 Nameless was only trying to bring some Daleks to that Twilight corn maze. 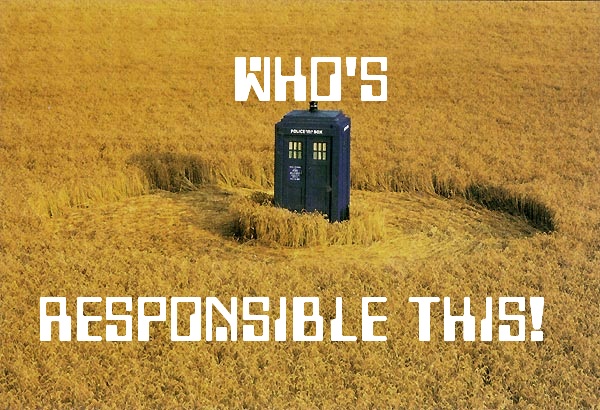 When I saw this picture from Okami Hime, I threw up in disgust. 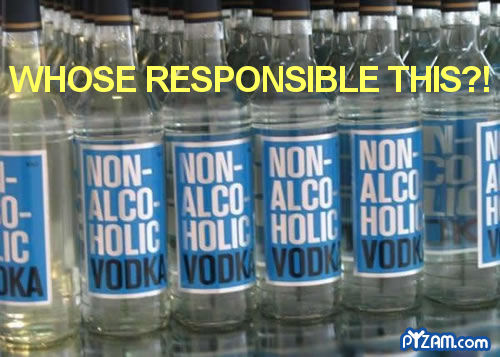 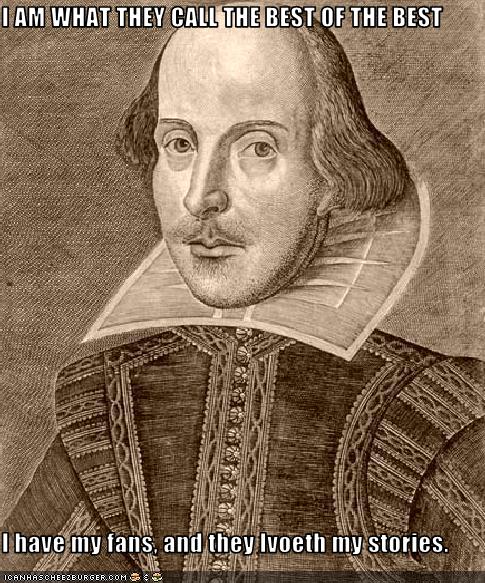 Ryan B is merely jealous of Dolph’s glistening chest.

Spazweez has a significant prairie dog problem, too.

Stiff Shots told Kirk not to feed tham after midnight. 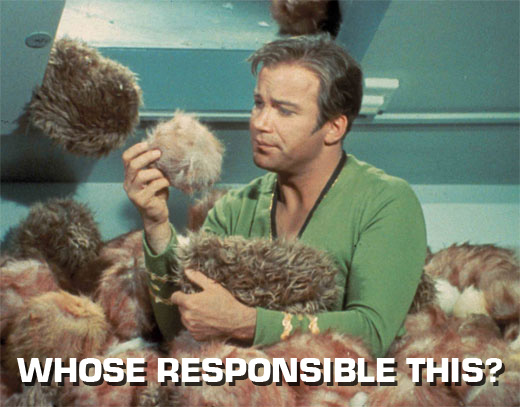 It’s downhill from here for Suzu.

Teeks has a figure with no mouth yet he must scream! 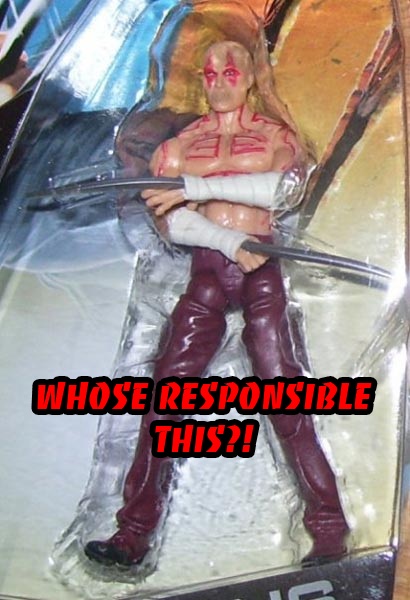 Kirk told Teeks he thinks he knows whose responsible this.

And ZADL would like to remind you that WRT isn’t about comedy, it’s about horror. 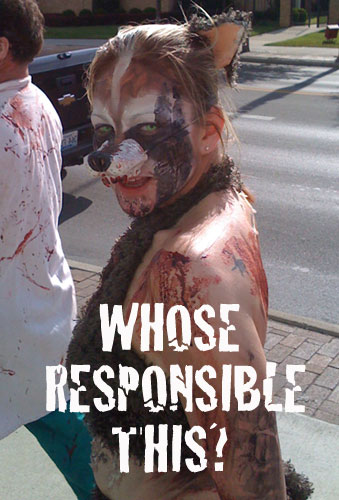 But we’re still not done! On the next (and last page) there’a a few more pics that truly deserve special mention. Unfortunately, it ioncludes one of the disturbing pictures you’ll ever see in your life — Seriously. Like FFF-level awful and scarring. So click the next page at your own risk. 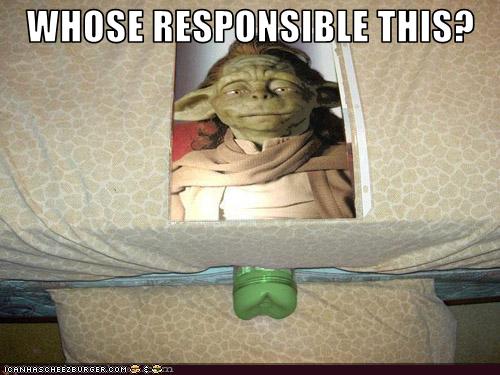 ?
This is from Clarence W. It will haunt your dreams forever, turning them all into nightmares of the man who wants to fuck Yaddle from The Phantom Menace, and its willing to use his own bed, a Fleshlight, and a color photocopy to do so. Shudder.

What is most disturbing to me is that this dude obviously really wants to fuck Yoda, but is put off because Yoda’s a guy. “What? Fuck Yoda? That’d be homosexuality, and that’s disgusting! No, I’d rather fuck the little wrinkled green muppet with the vagina, thank you very much! And since I can’t do that, I’ll simply hump my bed and kiss this picture of Yaddle I’ve put in a sheet protector so it doesn’t get messy during intercourse — AS ANY HETEROSEXUAL MAN WOULD DO.”

Goddamn. Everyone should stop whatever you’re doing, and just start drinking immediately. If you’re lucky, you’ll pass out in a few hours. If you’re very lucky, you’ll die. And you’ll never have to think about this again.

But I don’t want to leave you like that. So here’s my final favorite WRT object — a cross-stitch from Bad Conversation (who also once cross-stitched a lovely TR logo):

?
It’s the sad bears on either side that push it from mere cuteness to the realm of masterpiece.

And that’s that, people. Have a good weekend — as best you can — and never, ever forget WHOSE RESPONSIBLE THIS. We all are, my friends. We all are.