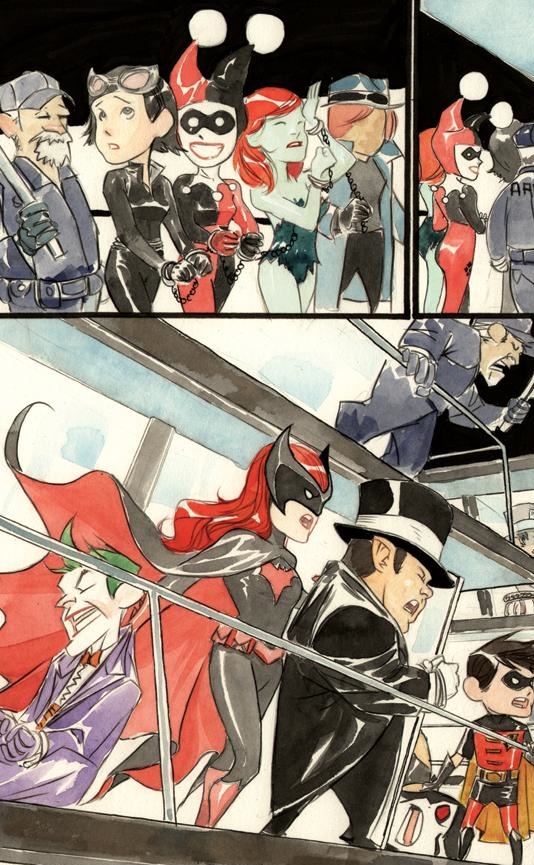 ?
Ahem. Excuse me. It’s just that I saw this Dustin Nguyen art for Lil’ Gotham — which will be included as one-page treats in the Batman and Detective Comics Annuals upcoming in October — and my teeth just disintegrated in my mouth from the adorableness. I’m sure plenty of you comics fans are already tearing your hair and beating your breast at another inappropriately super-deformed American property, but I approve of the concept in general, and think that these kind of things live and die on their art and writing. Obviously, I’m very much a fan of Nguyen’s art here — it’s cute without being too cloying, my hyperbolic title aside — and given that the one of the two one-shots is titled “Off-Rogue Racing,” I have significant hopes for the writing as well. (Via DC’s Source)