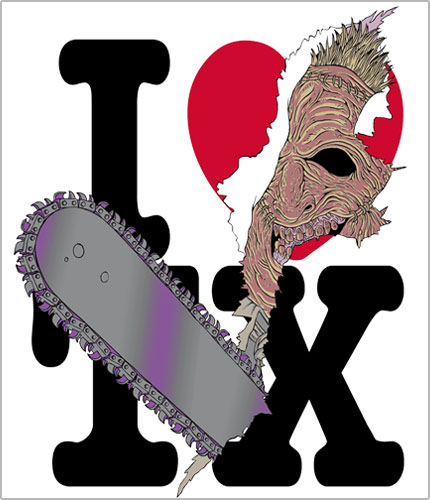 ?
Just in time for Halloween comes this wonderfully clever Texas Chainsaw Massacre shirt from Mondo. It’s $25 and can be ordered here in black or white; I’d get one myself except I have a very firm policy about not owning anything with the word “Texas” or TX” on it, even if it displays those words getting brutally murdered.