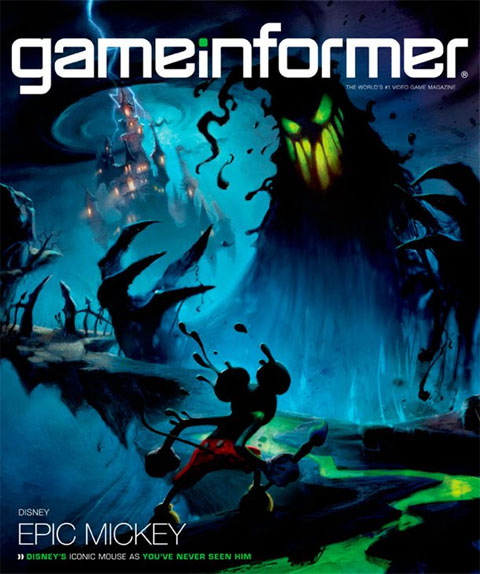 ?
Remember that crazy-ass twisted Disney artwork that everyone was calling “Epic Mickey” although no one knew where they were from or what they were for? The rumors were true — there will be an Epic Mickey game, as revealed in this upcoming issue of Game Informer magazine. No details have been released yet other than the magazine cover, but consider my mind officially blown. (Via Blast Magazine)