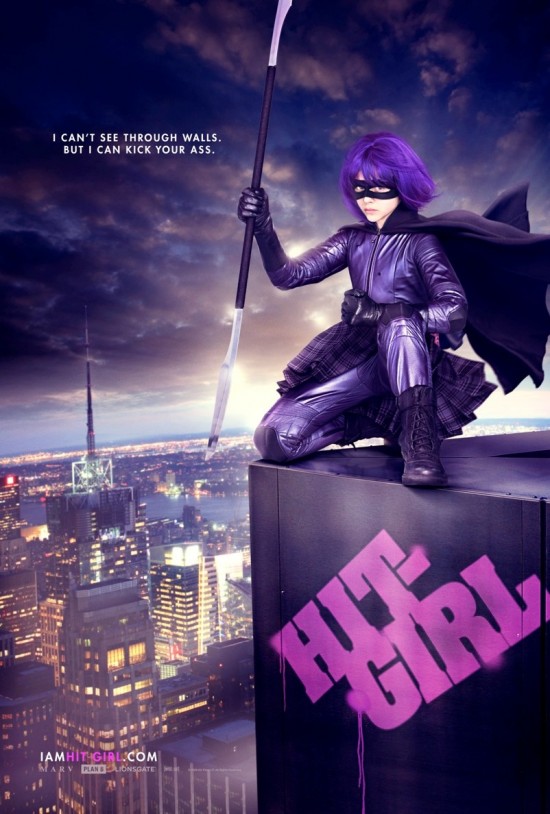 So do like I do, and only kind of like it. In fact, I’m pretty much on the fence about it, but that last clip of Nic Cage shooting Hit-Girl in the chest over and over again was so awesome that I felt sort of compelled to run this final Kick-Ass character poster anyways despite my lack of interest in the poster. Although I do like how it conveys nothing about the hideous violence Hit-Girl is capable of, so that mainstream audiences — when they see what they think is just anohter superhero flick — will have their minds blown. Wait — did I just say I liked that? Crap.