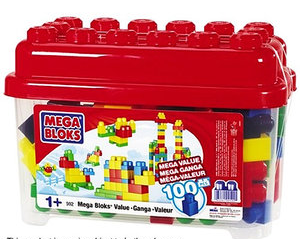 Mega Bloks, the company that makes Legos that are not officially Legos, just announced they signed a deal with Blizzard to make construction toys based on Warcraft and StarCraft (top press release, here). There are no pics or specifics yet, but Mega Bloks does the Halo block sets, if you’ve seen those. Obviously, it would be nice if Lego had the license, but I think most of us would agree that better for Mega Bloks to have it than no one, right? Thanks to Ambrose K. for the tip.