Menu
Home
>
Blu-ray
>
A Back to the Future Sequel Is Coming! (It’s a Short) 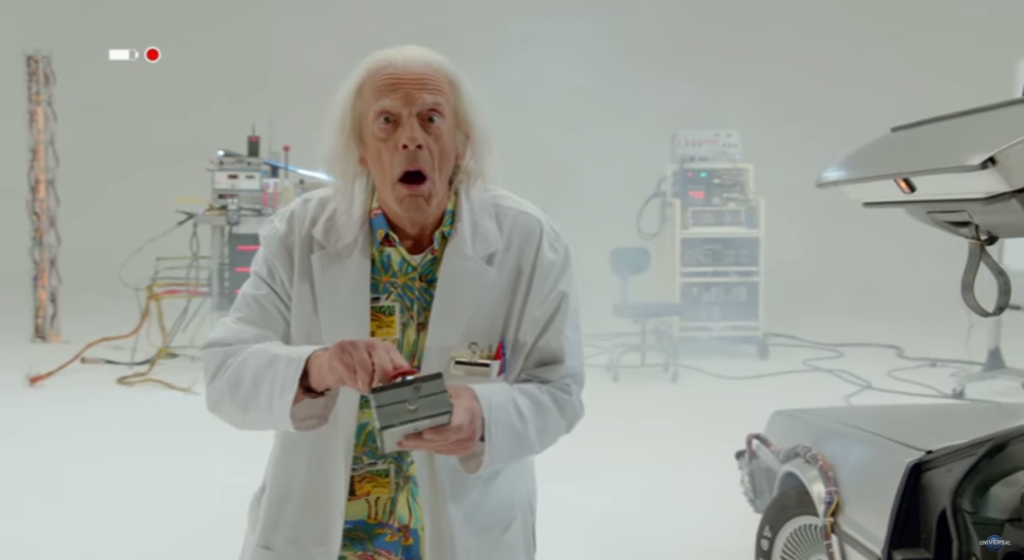 Yes, the new thirtieth anniversary Blu-ray set of the Back to the Future trilogy will feature an all-new short about Doc Brown, who doesn’t seem to be living in the wild west any more. Including all previous extras, the set will also have a new bonus disc which includes:

Doc Brown Saves the World: An all-new short featuring Christopher Lloyd.
OUTATIME: Restoring the DeLorean: An inside look at the 2012 restoration of the most iconic car in film history.
Looking Back to the Future: A 9-part retrospective documentary from 2009 on the trilogy’s legacy.
Back to the Future: The Animated Series: 2 episodes (“Brothers” and “Mac the Black”) from the 1991 series featuring live action segments with Christopher Lloyd as Doc Brown.
And More.

One thing notably missing that I’d like to see restored is live-action footage for the now-defunct Universal Studios ride, which bid hasta la bye-bye to make way for The Simpsons years ago. Maybe for the fortieth.