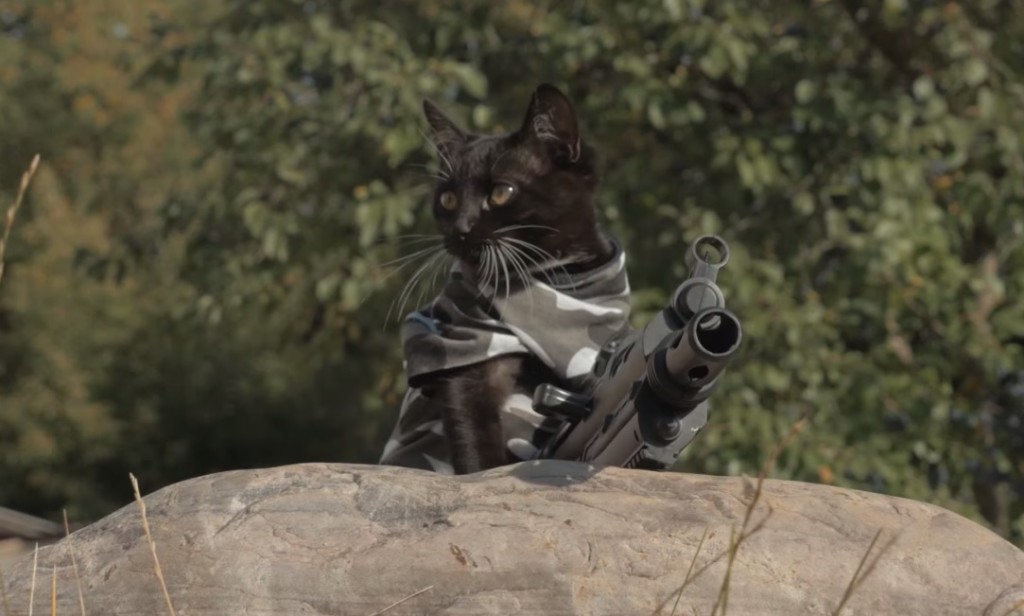 From the filmmakers who put kittens into Assassin’s Creed, here are a couple of cool cats with binoculars, machine guns, and a horde of zombies to practice on. The walking dead will become cat-ass trophies.

It’s not very realistic, in that actual cats would simply knock the guns off shelves, hoping that somehow they’d hit the floor and randomly fire at a zombie’s head. But that’s why we have movie magic.