A white corset and go go boots aren’t that terribly difficult to find. But if you’re going to put in the time and energy to dousing yourself in silver glitter like that, kudos, friend. You are an awesome X-Fan.

26. Polaris and the Scarlet Witch

Wait, are they even X-Ladies anymore? Is Wanda a mutant again now that the movies hate the Inhumans? Anyway, points for the group costume that wasn’t movie (t-shirt) Quicksilver. 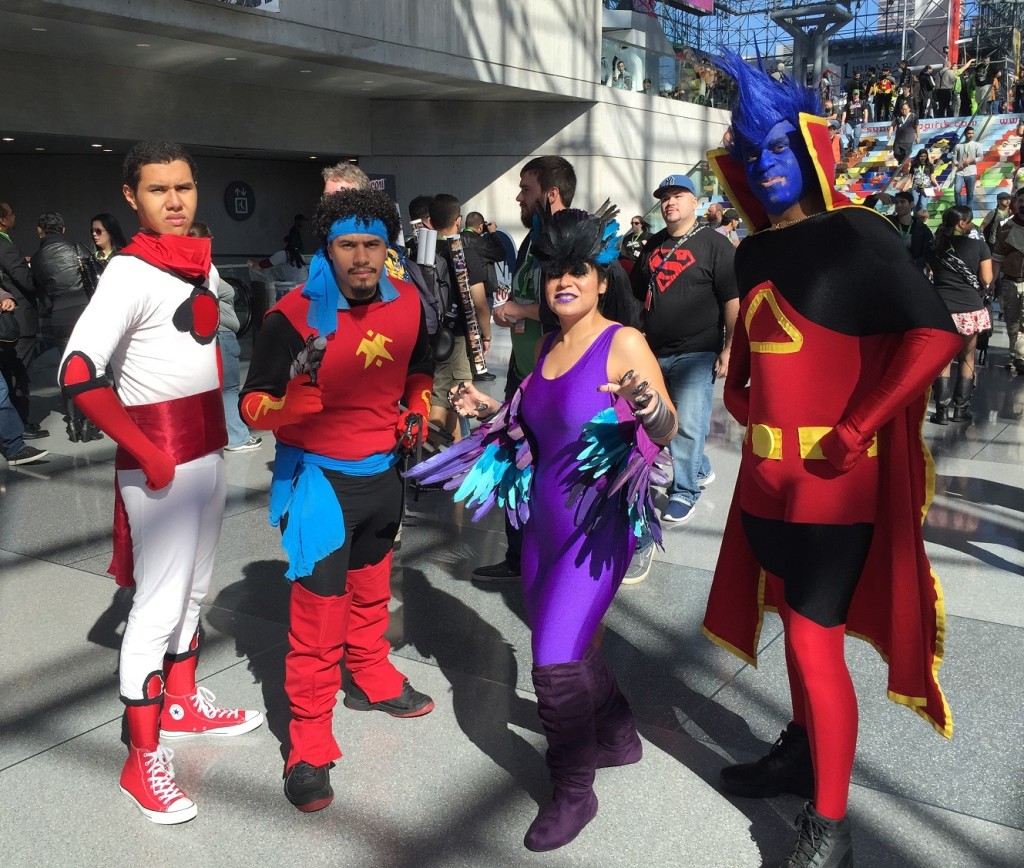 These may not be the most technically accomplished costumes I’ve ever seen, but they are the first New Mutants, Smasher or Gladiator I’ve seen in 10 years of con-going. I’m all about repping what you love, but it’s a provable fact that we need more off-the-beaten-path X-Men characters. Phoenix and Cyclops and Psylocke are fine (DO NOT. Dress. As Movie Wolverine. It’s the 21st century equivalent of putting on some eyeliner and saying you’re going for Halloween as The Crow. Put a little effort in, guy). But they’ve been done, you know? There’s an entire universe of obscure characters to mine: group cosplay as the Marauders, or dress your kids as Artie and Leech (you and your significant other can be Callisto and Masque!). Or shit, get bold and go as Asteroid M Colossus, Rusty and Skids. But change it up. Challenge yourself! 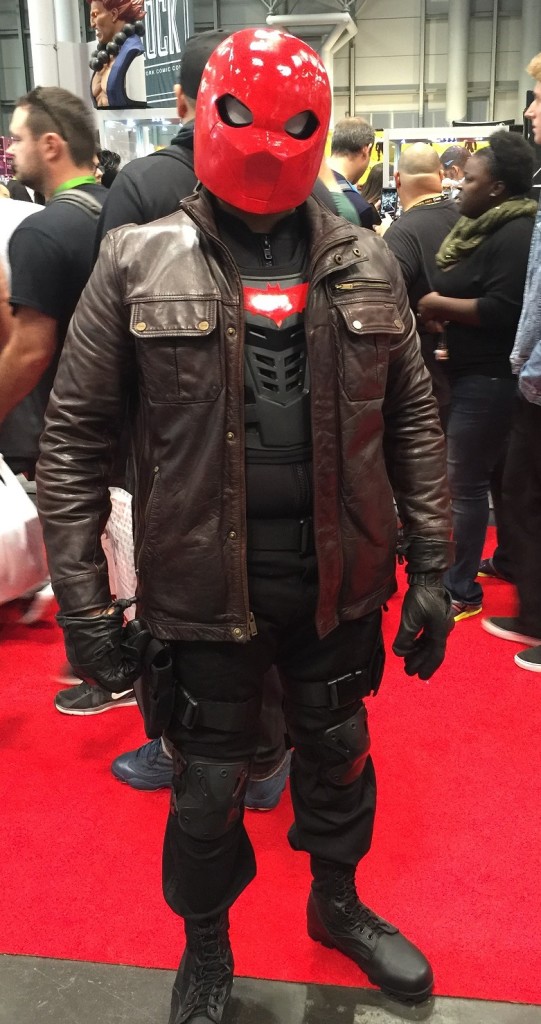 I feel bad. I asked him to pull his gun for the picture, but I think it got sent to the Island of Misfit Weaponry.