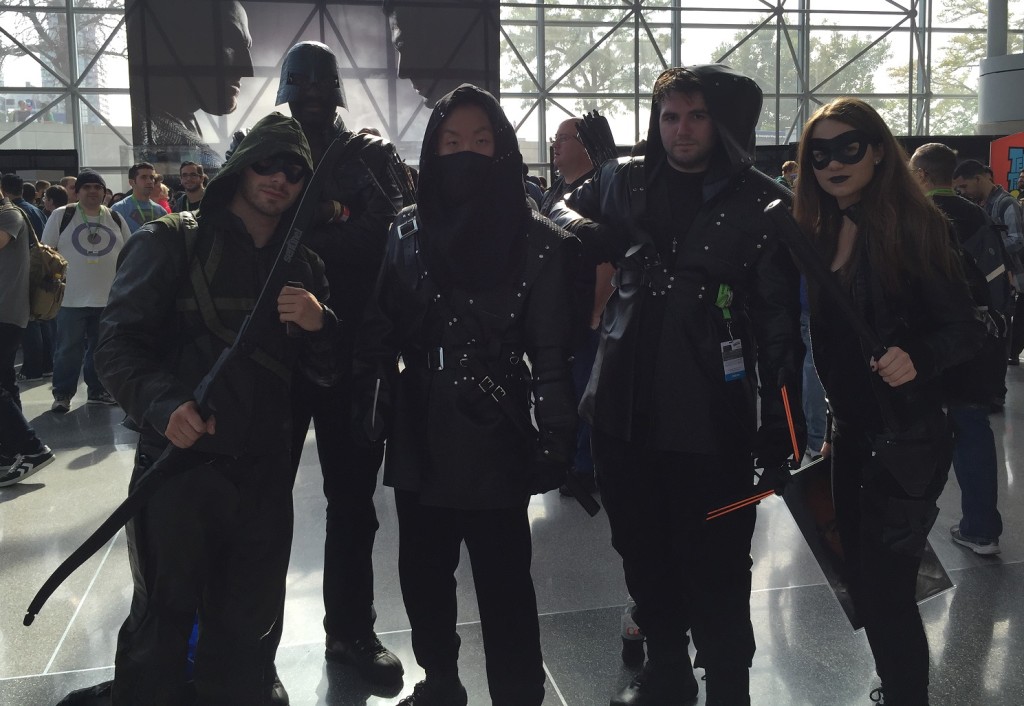 New York Comic Con isn’t just a place for big comic announcements or a front in the war between Marvel’s film and TV divisions. It’s also an annual parade of some of the best, most creative, most hilarious cosplay, and we at The Robot’s Voice have collected 35 of the coolest cosplayers from NYCC 2015. Yes, the header image counts – Ollie kept yelling “YOU HAVE FAILED THIS COMIC CON” at me – and yes, we have collected the actual cosplayers themselves. Stay tuned this December at TRV for “Contest of Cosplay Champions,” where we dress LYT up like the Collector and I’ll be the Gamemaster, and we’ll make the cosplayers fight each other.

There were a lot of Spider-family cosplayers, and that’s discounting the six billion Spider Gwens. It’s a bold costume, too, that shows…a lot more of me than I’d feel comfortable showing. 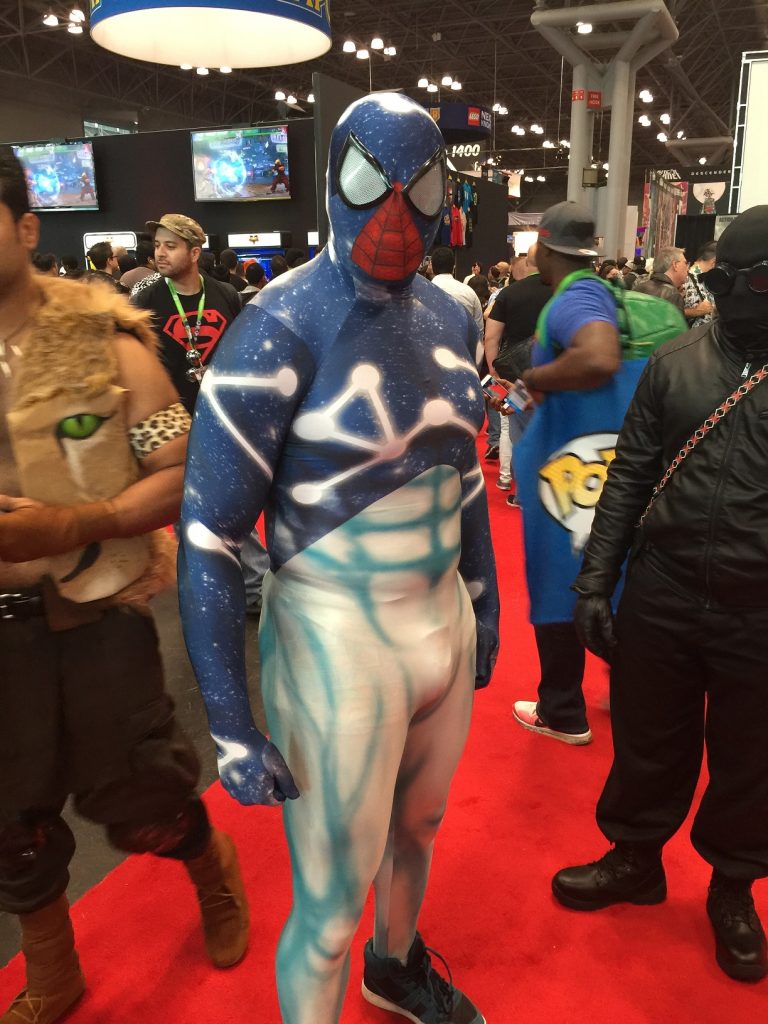 I know this was a repurposed Prometheus Engineer costume, and that just makes it better. There are a billion Spidey costumes to choose from, but I just adore the Captain Universe one. 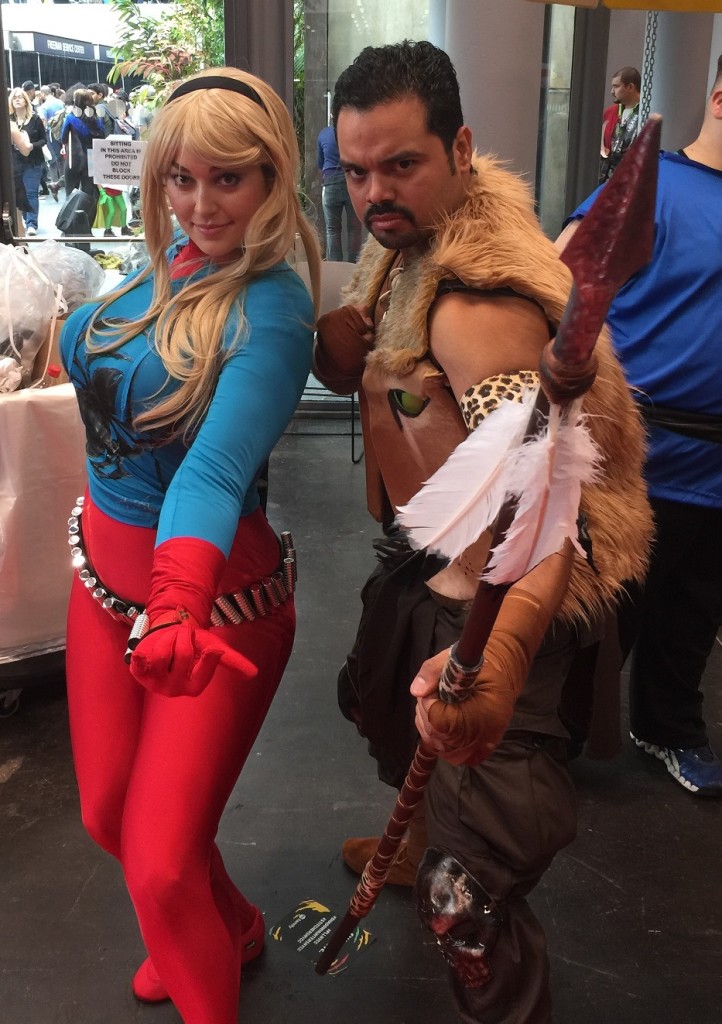 I get the desire to rehabilitate Ben Reilly, but don’t. He’s irredeemable. 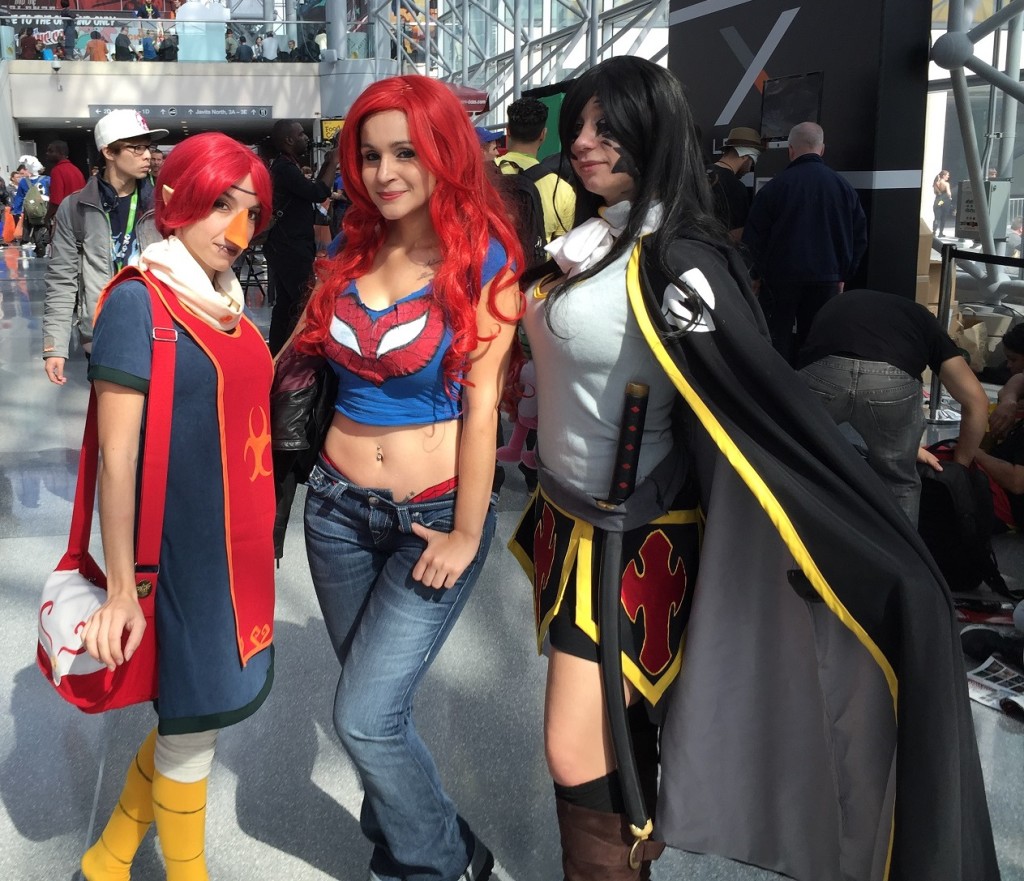 I’m a little pissed that nobody was there as Jackpot. I would have found the guy dressed as King Tiger Eating A Cheeseburger and made her punch him. 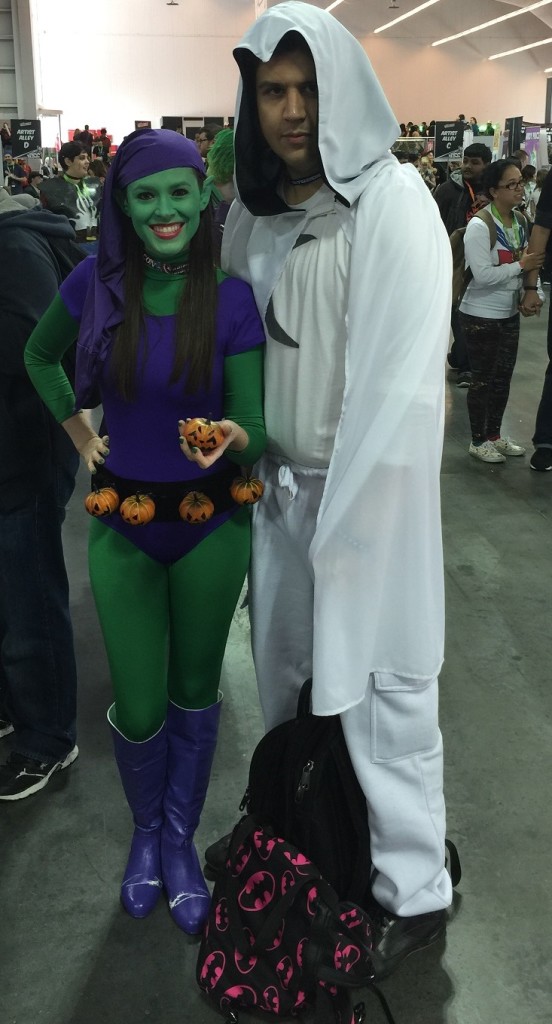 There were actually a handful of Green Goblins there, but she was by far the best. The only way she could have been topped was if someone had a semi-functioning glider or if someone had Norman Osborn’s finger wave. 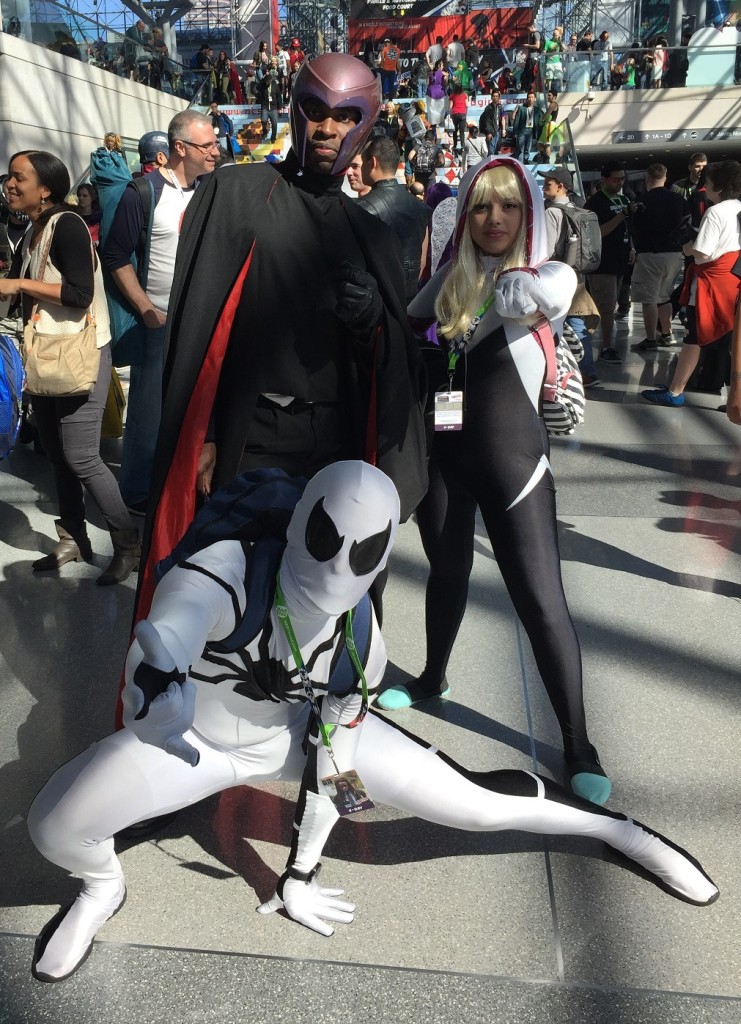 Another Spider Man costume that was rarely used, but I really love the striking black and white on it. There were a million Spider Gwens, and almost all of them that I saw were great costumes – the design on it is fantastic. And lastly, this Magneto was the best of a handful of really good ones, mostly because of how awesome his helmet was.

There were also more X-Men cosplayers than I expected this year. It’s funny how the two movie franchises that aren’t currently juggernauts, barreling over everything else at the box office, are the best represented ones at a con. BOOM! Juggernauts! My secondary mutation is smooth punnery. 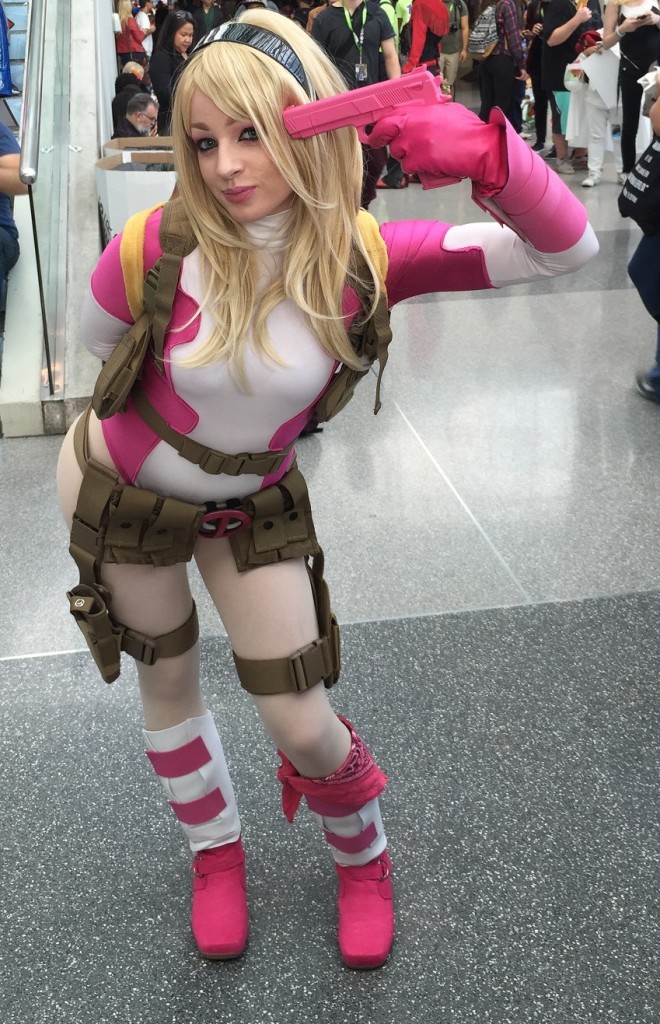 There has to be some kind of weird mathematical rule about this. Two hundred thousand Deadpools, 300k Spider Gwens, but I only saw like, 4 Gwenpools. She was far and away the best, and she’s an X-people because we don’t have a Howard the Duck category. 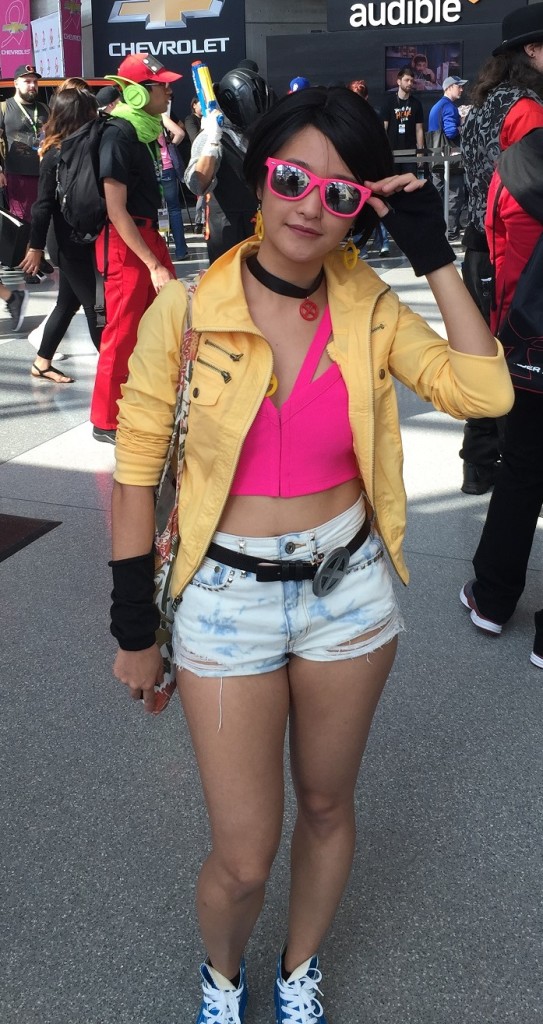 I woudn’t say there were a TON of Jubilees here, but there were certainly several. Between Flame Con and this year’s NYCC, she is definitely seeing a spike in popularity.