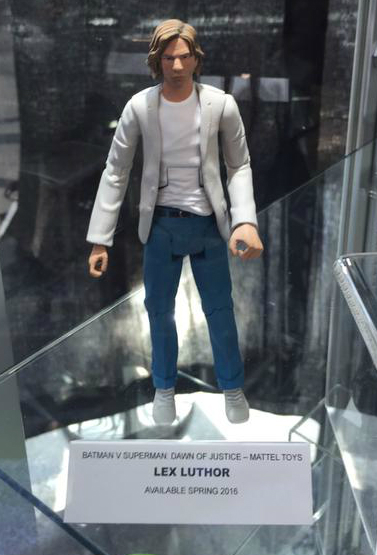 Unless this is a convention exclusive, we are talking pegwarmer figure of the year here. Holy balds. Let me guess – they won’t make Lois Lane because she’s too “ordinary” looking?

On the other hand, if you liked the Batman trenchcoat/goggles look from the trailer, you should be happy with “Knightmare” Batman.

And if you like when Mattel uses Masters of the Universe parts for DC figures, the new Dark Knight Returns series is a plus.

Like in the animated movie, the giant, hulking batman is always cool pic.twitter.com/fPYrez1t5B

As Walmart exclusives, they should be easier to find than the prior Dark Knight Returns Mattel Batman, Did you ever think anything to do with that book would be allowed in Walmart? Not me. I don’t suppose they’ll make Ronald Reagan in radiation spacesuit…