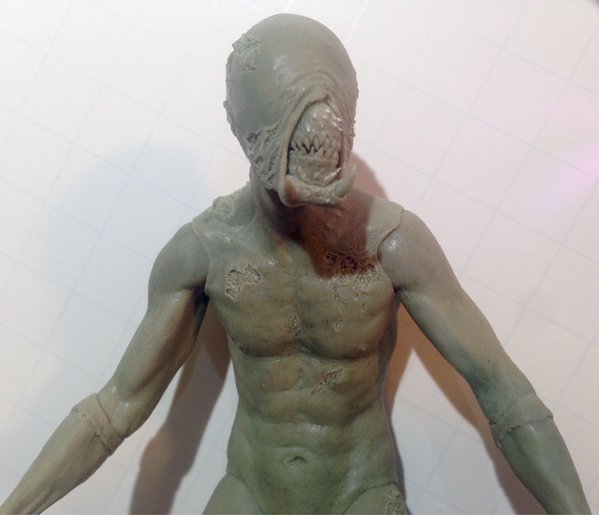 I don’t know what this creature is, beyond the fact that it’s the (unpainted) first reveal of NECA’s Ash vs. Evil Dead toys, but I do know that with abs like that, somebody reading this is going to want to have sex with it.