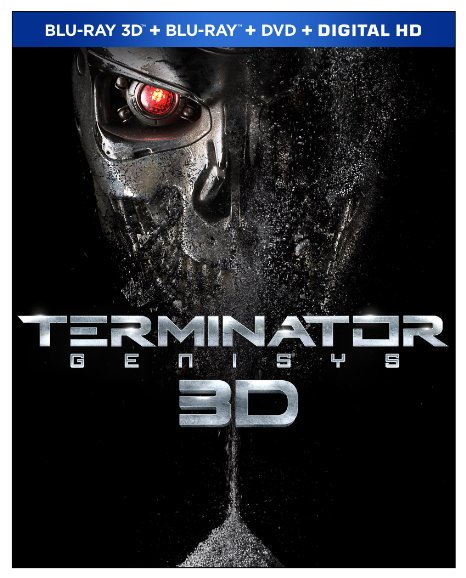 Terminator: Genisys – I watched this twice in theaters (don’t worry, they were both press screenings and nobody made money off me) and I have to admit that once the shock of how poorly the movie measured up to most of its predecessors wore off, I was able to relax and kinda dig it is a more generic action flick the second time around. The key is to view it as amateur fan fiction, not canon. Jai Courtney may be a dud, but Emilia Clarke is actually a pretty good Sarah Connor, Jason Clarke is fun as Evil John, and Arnold just barrels ahead oblivious to the fact that his best days are long past. But look, you could have gotten another Christian Bale movie – would that have been better? Minimal extras make this worth a rental at best.

Trainwreck (Unrated) – Amy Schumer’s sense of humor works for me, but I can see that for some people it really, really doesn’t. So maybe watch a couple of her sketches on YouTube first to see if you want to watch a whole Judd Apatow movie in which she plays a hard-drinking, pot-smoking writer who falls for a sports doctor (Bill Hader) who’s super uptight about the weed thing, and public speaking. Apatow’s films generally revel in raunch en route to a fairly conservative ending, so even as he briefly celebrates Amy’s right to be an awesome drunk who sleeps around, you know she will have to give it all up in the end – and the climax is indeed the worst part of the movie. Along the way, though, we get a surprisingly great performance by John Cena as Amy’s closet-case lover who can only climax when he imagines she’s a boy. Also good: Colin Quinn as Amy’s racist dad, Tilda Swinton as her self-centered editor, and LeBron James as himself.

The unrated cut is about four minutes longer, and the disc comes loaded with deleted/alternate/extended scenes, plus a commentary featuring Schumer and Apatow.

Self/Less – In actuality, a lot of people getting way up there in years become world-weary and somewhat okay with the notion that life is becoming exhausting. In movies, however, old people hate the idea of death and want to live forever, always. Especially if they’re rich. As such, Ben Kingsley in this film puts his soul into Ryan Reynolds’ body, only to find it has some baaaad leftover memories. Like the time he did a Wolverine movie with his mouth sewn shut, I presume. Directed by The Cell‘s Tarsem Singh.

Mr. Holmes – Sherlock Holmes is old and going senile, but because he’s played by Ian McKellen he is still awesome. I haven’t seen it yet, but I assume he solves one last mystery and dies.

Bad Boys/Bad Boys 2, remastered in 4K – The two big, dumb Michael Bay action movies that even nerds are willing to admit are at least slightly fun, possibly because for once in the director’s oeuvre (or twice, I guess), the black characters are the leads instead of tone-deaf attempts at comic relief. Listen, if Simon Pegg and Edgar Wright can cop to liking them, so can you. It’s okay.

Sgt. Kabukiman NYPD – Aside from Toxic Avenger, Kabukiman is Troma’s most-recognizable in-house character: a cop who can transform into a Kabuki performer with magical “Japanese” powers like flying chopsticks and lethal sushi. The movie grew out of an odd partnership with Namco, who wanted a family friendly film – needless to say, it did not quite come out that way. Still, on one of Troma’s biggest budgets ever, they staged a car chase featuring a flip and explosion that has subsequently been reused in almost every in-house production since. Includes the usual “Tromatic” extras fans have come to expect, featuring Lloyd Kaufman, trailers, and various times the company has spun the character off into other things.

The Star Wars Blu-rays in new steelbooks – Don’t have these yet? Want metal cases? Okay then.

Those are my top picks. What else have you seen lately?