Menu
Home
>
Books
>
SPOILERS! 11 Ways Spectre Is Better Than Skyfall (And One Way It Maybe Isn’t)

7. Daniel Craig Is Allowed to Be Funny. 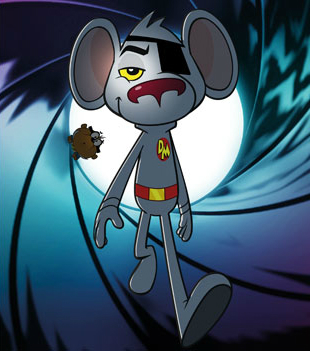 Oh, don’t worry – he still gets pissed off when anybody brings up Vesper Lynd or the late M. But he also gets drunk on vodka and wine, and interrogates a mouse.

That’s not a metaphor, or a codename. Literally, a mouse scurries across the floor, and Bond points his gun at it and asks it questions. It’s impossible to imagine Moore or even Connery pulling that moment off, but it is a Craig highlight. In another scene, he bitches about the fact that his car radio is preset to Frank Sinatra tunes.

8. The Previous Film Title Quantum of Solace Is Finally Explained. 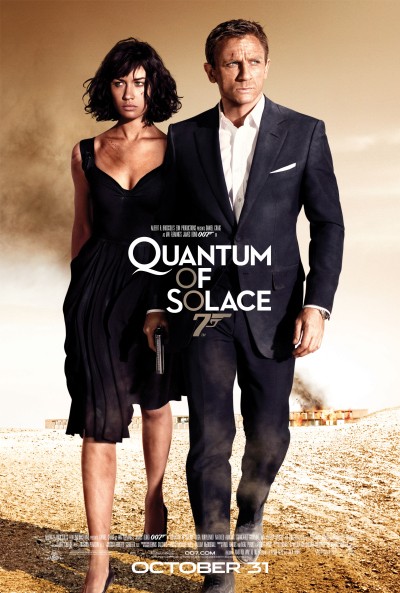 “Oh, but it already was!” you’ll say. “‘Quantum’ was the evil organization in that film.” Yes, but “solace”? Lea Seydoux’s character in this film, Dr. Swan, is the daughter of Mr. White from the Quantum organization, and at one point she warns Bond against thinking that she’ll be “seeking solace for my dead daddy” in his arms. So there you go.

This may not be everyone’s cup of Martini, but for me a Bond movie is not complete without gadgets that are basically science fiction, or even fantasy. The big one here is “smart blood,” which allows Bond’s vital signs to be remotely monitored – and him to be tracked – anywhere in the world, thanks to nanites in his bloodstream. Considering that there is a consistent trail of destruction left in Bond’s wake wherever he goes, this proves to be absolutely unnecessary, but they talk about it a lot, probably as a gag to see which actor would crack up on set first, I’m thinking.

Then there’s the super-secret Spectre decoder ring. Dig: if you are in this covert organization that nobody even knows the name of, you get a fancy ring with the octopus logo on it, which will in no way attract attention.

It gets better: the ring, when analyzed with a micro-scanner, has engraved on it the names of every major player in the organization! This seems like really terrible planning, at least until you realize that the goal is to be obvious enough for Bond to actually come looking for the bad-guy leader, Franz Oberhauser (Christoph Waltz).

10. Remember When We Said “Oberhauser” Was German for “John Harrison”?

It is, metaphorically speaking. But you knew that. Except that this character really was called Oberhauser at one point, until he faked his death and renamed himself. I don’t have to tell you what, but he went out of his way to pick a middle name.

Some viewers may resist the notion that this character has previously unmentioned ties to Bond’s childhood – Oberhauser in the books is a totally different Ian Fleming character, so in some ways this is like how Batman Begins merged Henri Ducard and Ra’s al Ghul into one person. My attitude is that once Skyfall opened the can of worms that was childhood backstory, I have no issue making it more absurd and less ponderous in the follow-up.

11. Dave Bautista’s Fights With Bond Are Better Than the Ones He Had With Triple-H.

Mr. Drax, I mean Hinx, says one word the entire movie, and spends the rest of it hurting people really badly. Like Jaws, he has metal parts (his thumbnails); also like Jaws, his defeat is ambiguous enough that he could return. Just never, ever give him a pigtailed girlfriend, please; anyone who has ever watched WWE knows you don’t really want to see Batista in a love story.

So these are all the things that I liked, but I do have to admit, haters, there is one thing that is utterly stupid and even possibly misogynist, so herewith, my one big issue…

We get it – Lea Seydoux’s Dr. Swan feels a connection with James Bond, but having seen her father die, can’t bear to stay in a life of espionage.

Does she have to put her foot down on this after bad guy #1 has been beaten, but the clock is ticking to stop bad guy #2? Could she not give Bond half an hour to save the world before threatening to break up with him? Could this possibly be a lame-ass plot mechanic to have her get captured and become the damsel in distress?

Yes, no and yes. It’s as if the screenwriters – John Logan, Neal Purvis, Robert Wade and Jez Butterworth – or at least one of them, literally went, “Women. Always picking fights with us guys at the most annoying times, am I right, fellas?” It’d be like having a Wonder Woman movie where Steve Trevor stops everything during a battle with Ares to complain how he’s never allowed to watch football any more and has to put the toilet seat down, and then he gets captured and thrown in a refrigerator.

That said, on a scale of potentially sexist things that have ever happened in a Bond movie, it probably doesn’t even crack the top 40.

Consider this your spoiler thread below.