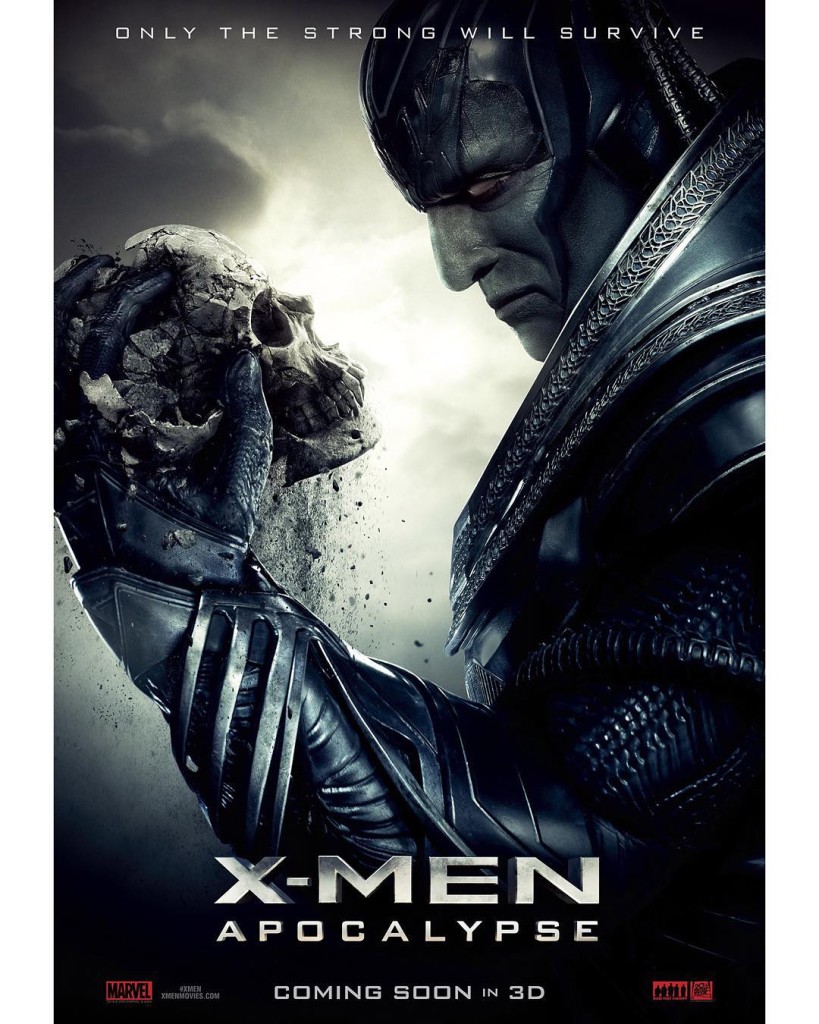 I’m not crazy about the voice Oscar Isaac is using – a rare instance where one of his choices seems off – but I think it’s clear the early images of his Apocalypse were unfinished. With the right light and digital augmentation, he looks like who he’s supposed to be.

It hadn’t really registered with me that Hugh Jackman’s Wolverine is not a major player in this, which is fine – not that I dislike him, but the last time he got sidelined, First Class was the result, and it was more interesting than The Wolverine Show.

Yes, there is another large suspension bridge to attack, but no, I don’t see the “Fox Forest” that the company is so fond of using for action backdrops. Looks okay so far. And the first clueless critic who claims “It just looks like a toy commercial” can be smacked…with KNOWLEDGE…that Hasbro doesn’t make toys of the Fox Marvel movies…yeah.