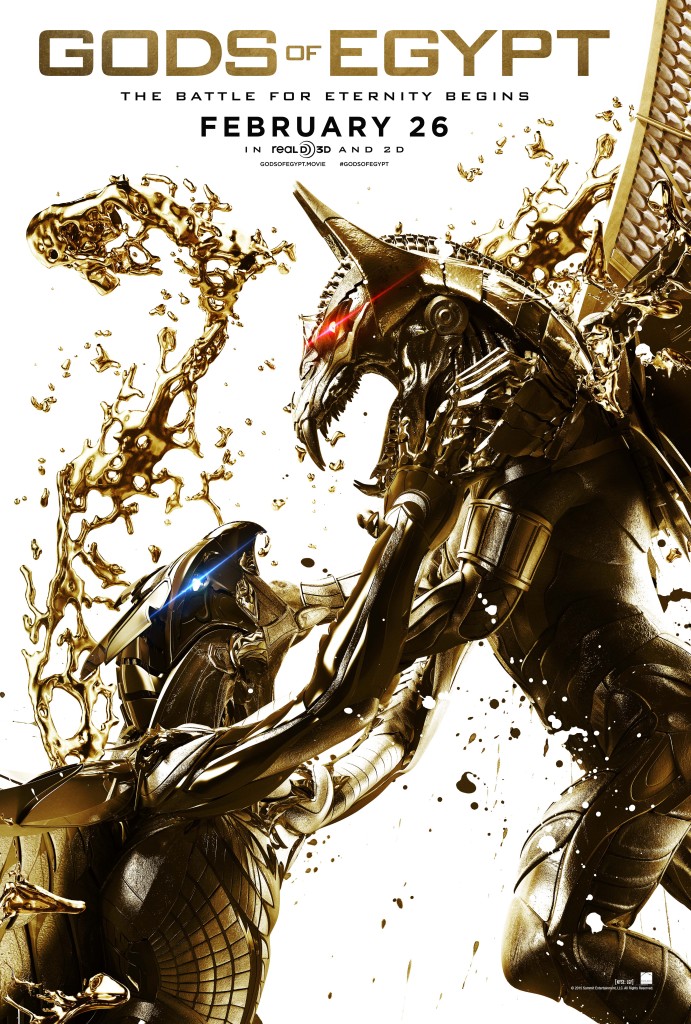 If I were Irish, I’d say, “More like Gods of EEJIT, am I right lads?” I was cynical enough to think that after the whole mini-brouhaha about most of the “Egyptian” god being white guys, the new trailer would be all Chadwick Boseman, all the time.

Instead, they’ve gone to something far more familiar – Gerard Butler in a red cape yelling all his lines like he’s Leonidas again, in his very un-Egyptian Scottish accent (well hell, it’s not like it ever sounded Greek either). Since Leonidas [EIGHT YEAR-OLD SPOILER!] died in that film and couldn’t come back for the semi-sequel, I guess it was inevitable that another classical civilization mythology might try to scoop him up.

None of which distracts from the fact that the green-screening and CGI still looks like it’s not actually interacting with the performers in any real way at all. With only two months left to polish that, I can’t imagine it’s going to be drastically better come release day. Still, when every other trailer for a 2016 movie threatens to blot out the sun, you have to fight in the shade, or something.

I hope for a visual feast. I fear my eyes shall dine in hell. Though if this somehow is a hit, expect Hasbro to suddenly add Silverhawks to their “cinematic universe” plans.