As we’ve seen with our series Wishful Thinking, counterfeit figures are nothing new. It’s a huge market in China, and is typically the reason you should second guess that super sweet deal on that life-size My Little Pony vinyl.

One startup is aiming to combat that with the world’s first vinyl figures that are traceable on a public blockchain. CryptoKaiju are launching their first figure, Genesis (named appropriately for the first block in a blockchain), this month. It will be limited to 130 figures, and each figure will have an NFC chip embedded in it which describes its unique traits and name. Some traits will be more rare than others to boost the collectibility factor. 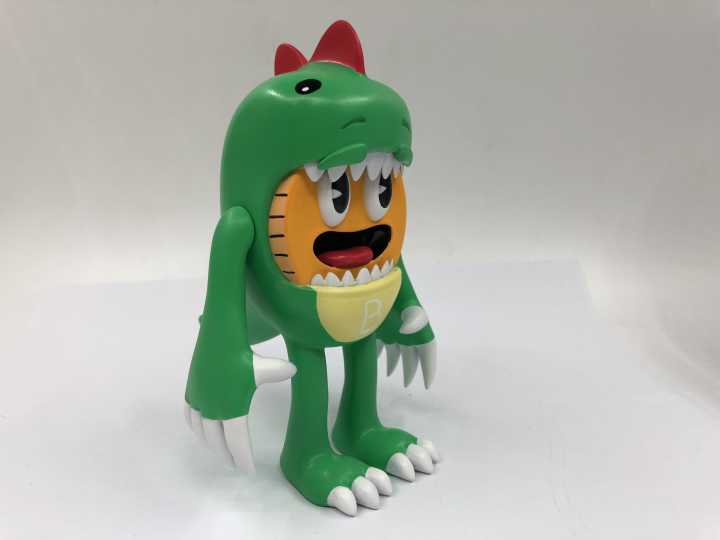 If you want to buy Genesis, you can head over to CryptoKaiju.io and buy it today for $55. Alternatively, you can subscribe and receive one new figure a month for 6 or 12 months which cost $320 and $600 respectively.

It’s an interesting concept, for sure, but will it take off? How concerned are you as a collector with the authenticity of your figures?

Regardless what happens, we’ll be keeping an eye on this interesting implementation of the buzzword of the year.

MANCHESTER, UK – November 28, 2018 — CryptoKaiju, a blockchain startup producing the world’s first vinyl toys fully traceable on a public blockchain, is today announcing the launch of both its individual product and subscription box service. Kaiju’s first figure, which is designed to illustrate a Bitcoin-themed traditional Kaiju monster, is aptly named Genesis, the word also used to describe the first block in a blockchain. Only 130 Genesis figures will ship to customers starting early December, with the additional offering of Kaiju’s subscription box service launching later in the month, where subscribers will receive a unique, crypto-themed figure each month.

Frustrated with the absence of provenance and verifiable authenticity in the designer toy market, the Kaiju team is exploring opportunities to work with an array of artists who are equally intrigued in the role that blockchain technology can play in the creation of scarcity and provenance for collectibles. With more than half of all millennials now opting to purchase art online due to the intimidating nature of art acquisition, Kaiju is well placed to serve a growing market of enthusiasts.

Oliver Carding, Co-founder of Crypto Kaiju said, “As a longtime collector of designer toys such as Kaws, Futura Pointmen and Medicom Bearbricks, I’ve previously had issues with not having full confidence that what I was buying was genuine, as well as issues with knowing exactly how many items have been produced in each batch. The concept of bringing not just provenance, but also a personality, through a set of attributes to a physical toy is extremely intriguing. That’s really where the idea for Kaiju came from and we’re excited to explore the full potential of this technology.”

Each figure will have a tamper resistant  NFC (near-field communication) chip built into the foot. This technology allows smartphones and other devices to communicate with other devices containing an NFC tag. Each Kaiju will also utilize the same token standard (ERC-721) present in the highly popular virtual game CryptoKitties, allowing each toy’s unique ID tag to be linked physically and digitally, ensuring that the provenance and singularity is unable to be pirated or faked.

Further utilizing its integration blockchain technology, each individual Kaiju toy is represented as a token that sits within a self-executing contract known as a ‘smart contract.’ This unique token contains a set of metadata describing the toy including its birth date, gender, color, a description and two personality traits such as ‘intelligence’ or ‘creativity.’ Certain traits and colors will be scarcer than others, resulting in varying demand for toys, as well as the excitement of the unknown, which is comparable to the feeling derived by baseball card or Pokemon collectors when opening a mystery pack of cards.

The CryptoKaiju team is comprised of four co-founders, Oliver Carding, founder of blockchain news site CoinJournal in addition to the three co-founders of digital art marketplace Known Origin, David Moore, James Morgan, and Andy Gray. Carding, who founded CoinJournal in 2014, first connected with the Known Origin team at a blockchain meetup in Manchester. Since then, the four have continuously searched for a way to bring blockchain to the masses, and in particular those without a technical background.

Carding added, “Since I initially became interested in cryptocurrencies and blockchains around 5 years ago, I’ve been constantly searching for a simple way to explain the technology to non-technical friends and family. That’s when it dawned on me that and for most people, conceptualizing technology that’s completely intangible is rather difficult. Unless they can actually see or feel the item they’ve purchased, it often doesn’t make sense. We can’t wait to bring the benefits that blockchain offers to a physical product and creating an easy access point for people who wish to get involved in the space.”

For more information and to purchase or subscribe to Crypto Kaiju, please visit Cryptokaiju.io.