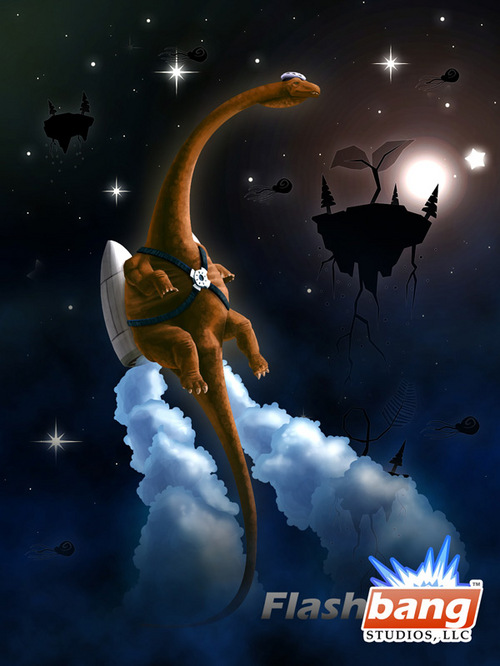 There’s not really anything I can add to the above picture to make it more awesome, except it’s apparently the next game coming from the geniuses behind Velociraptor Jeep Safari. Oh, and the tagline is “Splendid jetpack dreams of the Apatosaurus named Brontosaurus.” I can hardly stand how awesome this is. (Via Kotaku)