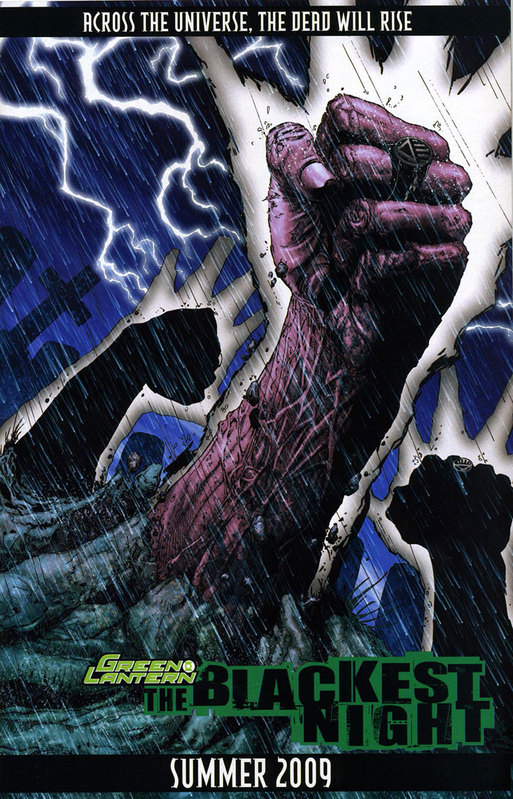 …but not here. After the jump. I have no idea what’s going, and what people know. Have the Black Lanterns shown up in Green Lantern yet? Do we officially know who they are? Was the last post about the “Blackest Night” figures the first reveal about who made up their ranks? Well, either way, you can see the blacked out Black Lantern figure and a few more figures/surprises after the jump. 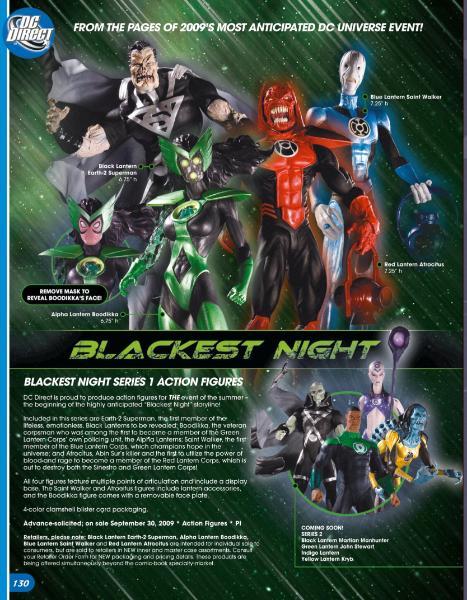 As you can see, Earth-2 Superman is certainly worse for wear after dying and coming back as a Black Lantern. But the real surprise is the lower right, which seems to be Wave 2 of the toyline, with the late Martian Manhunter as another Black Lantern! With him is a GL John Stewart, an Indigo Lantern and some Green Lantern whose name I can’t read, but really, it’s MM who’s the shocker here.

Frankly, this whole concept sounds so awesome I might actually buy these comics. Zombie superheroes attacking the living? In continuity? Damn, that’s awesome. How many Flashes are currently dead? They need to Black Lantern one of those guys ASAP. And seriously, if one of you guys can tell me what has or has not been revealed in the actual comic, please email me or let me know in the comments. Contrary to popular belief, I don’t like to spoil things without at least a couple months expiration date. (Via Comic Related)