New York Comic Con isn’t just a place for big comic book news and tv screenings. It’s also a way for toy companies to get their newest and upcoming figures, statues, sets, dioramas, or stuffed toys in front of an audience practically foaming to buy them. Here are the 15 coolest things we saw at NYCC 2015, Toy Division. Jesus that’s a great cover band name.

(For more than just the Top 15, head to our Facebook page where we have multiple image galleries) 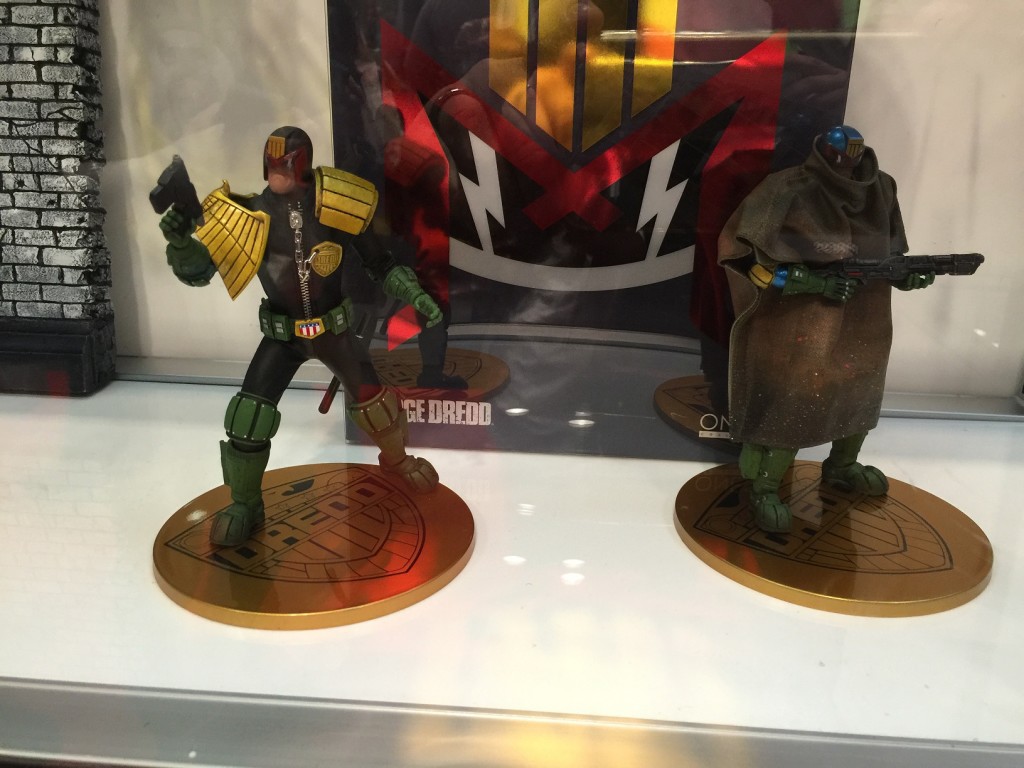 Mezco didn’t have much new to announce at NYCC this year, but they didn’t really need to. They were still moving their (very good) Mortal Kombat X figures, and their incredible Dark Knight Returns stuff (for now – we’ll get to that). But most of that’s been out there since Toy Fair. The one thing that was news to me had to do with the Lawmaster: I was told that they’re going to make repaints available for every exclusive Dredd figure they put out. So you’ll have the black and white one for the NYCC exclusive B&W Dredd. They’ll have a bike to match the lighter blue on the SDCC exclusive, and so on. The detail and functionality of the bikes is incredible – I didn’t get to play with one, but they are fully functional and as articulated as the action figures. 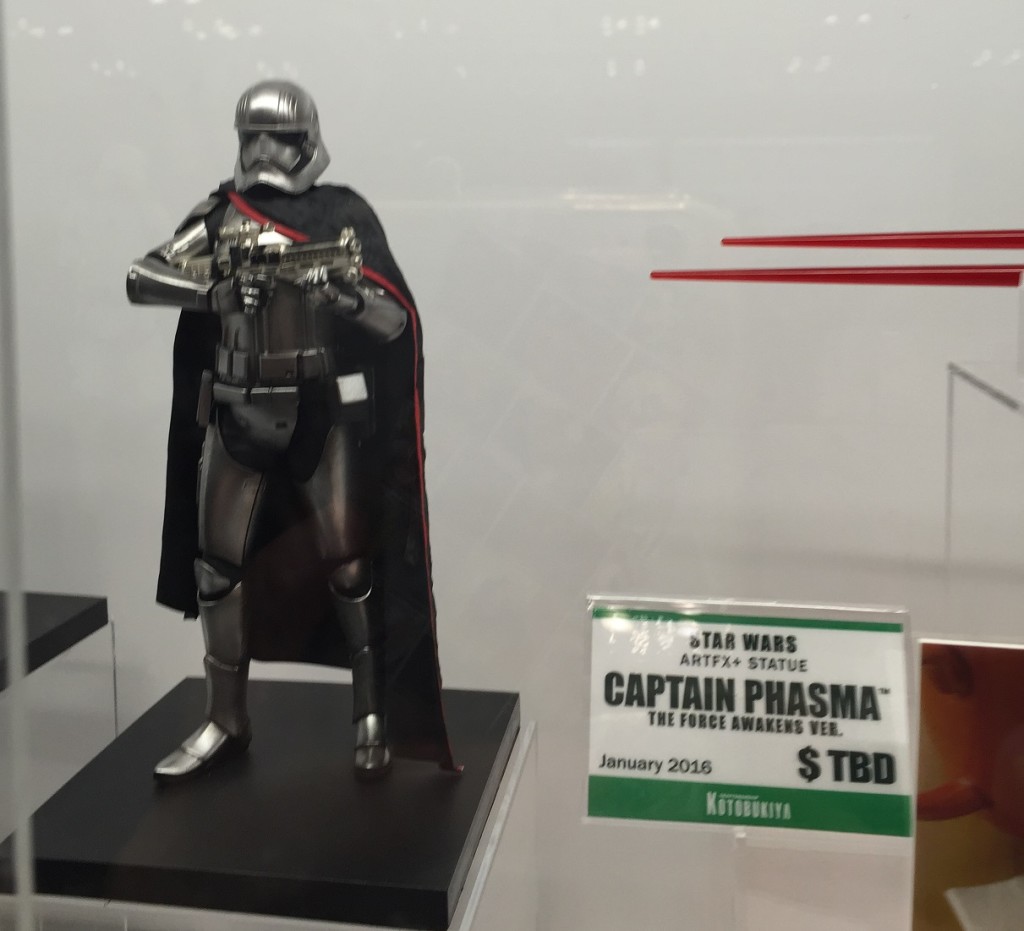 FINALLY someone is making a toy that fights back against the microwave. Kotobukiya told us that the final production Phasma statute will be in chrome armor. This is nothing short of a miracle. Actual, deadly weapons-quality genre toys almost never get made in this day and age. And that they didn’t make a bishoujo Phasma…dodged a bullet there. A weirdly sexy bullet. 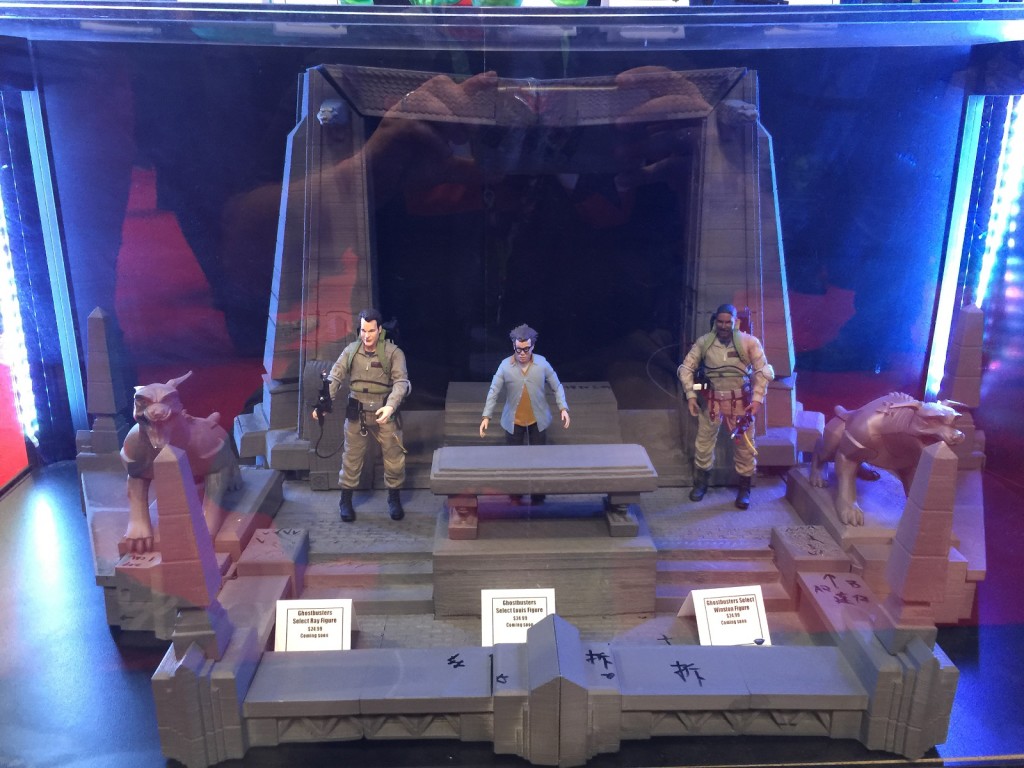 DIAMOND SELECT BECAUSE THEY CAN BUILD A SET FOR OUR HAUNTED TOYS!

The crowd around the corner of the Diamond Select booth was shoulder to shoulder and 3 deep for at least the first two days. Despite it being a huge celebration of Back to the Future 2 (no shit, there were probably 15,000 Marty McFlys there), the nostalgia property that felt the biggest, had the most people audibly gasping, was probably this: the rooftop playset from the original Ghostbusters. I might be biased from getting elbowed in the gut by 15,000 Marty McFlys, though. The detail on the playset was impeccable, from Louis’ hair to the mouths of the dogs.

I spoke to Kevin Kinry from DC Entertainment about a bunch of stuff he’s excited for, including the DC Icons toys coming in the next couple of months. 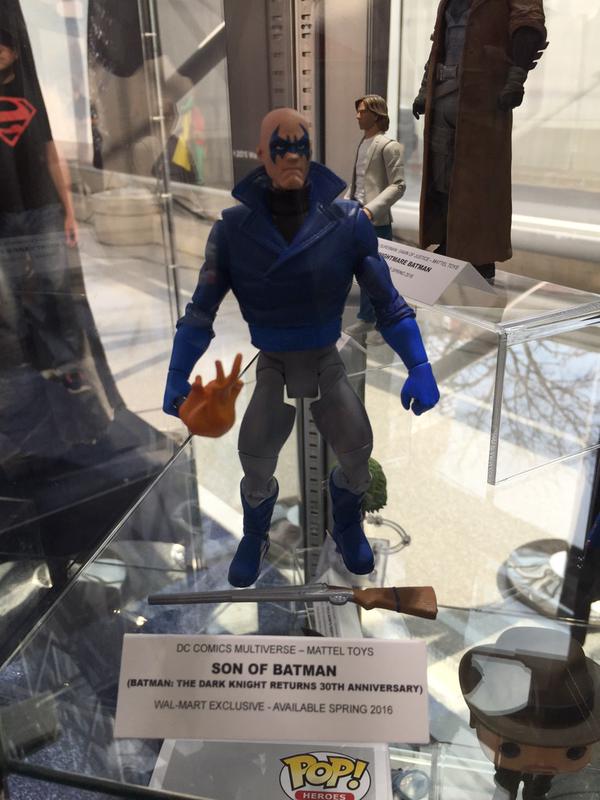 What I didn’t discuss with Kevin was how great the Sons of the Bat figures look, and how many of them I should buy to create an army that can adequately deal with the scum of Gotham. This is about as deep as I want to go on The Dark Knight Returns stuff from this weekend (but probably not as deep as The Atom would want to go OH! :pumps arm:). I mentioned this on Twitter, but it also seems to me that Mattel was given a little…flexibility…in spoilering stuff from the movie. I don’t think it had been confirmed to anyone that the Red Son Batman from the trailer was actually Batman from someone’s…knightmare :whips off sunglasses: YEEE 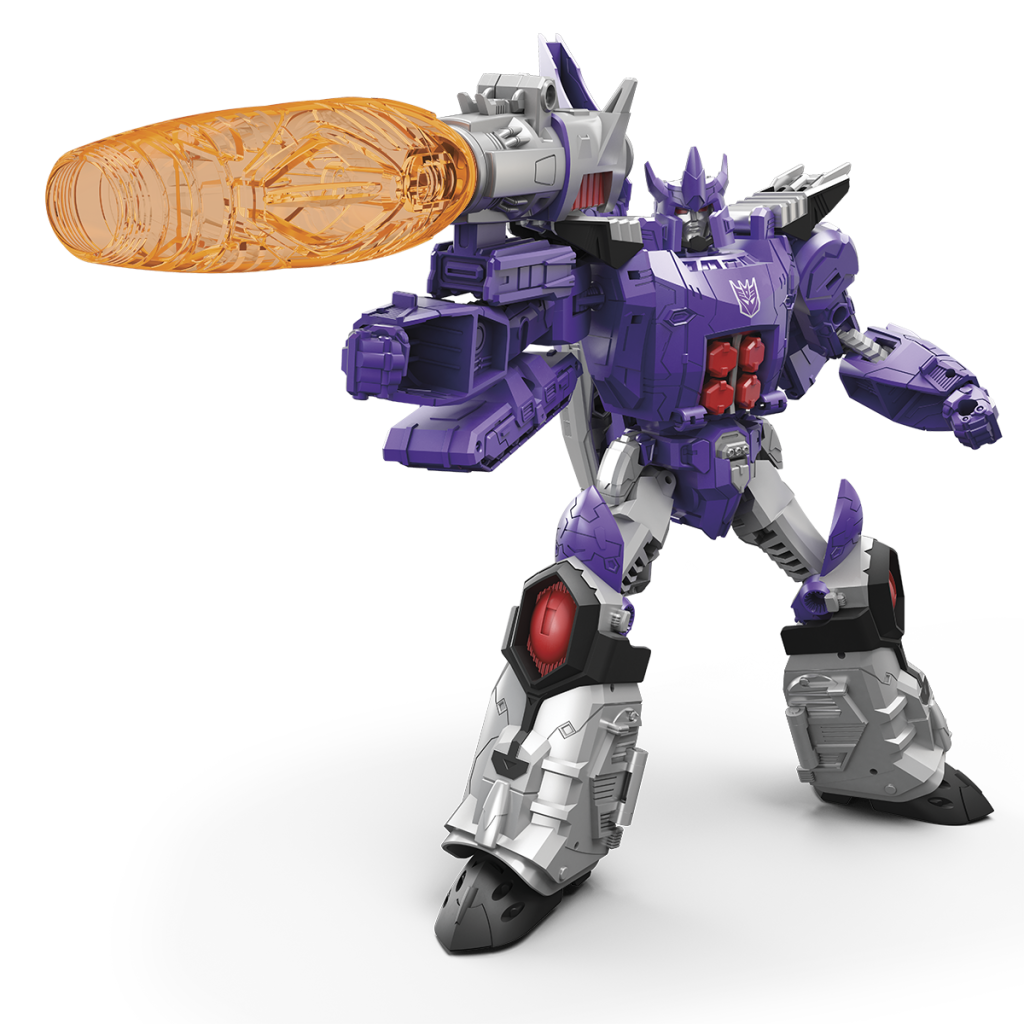 I ACTUALLY HAD HIM! It was either Galvatron or Kup who got taken away because I was throwing him at people (my brother). Now, Hasbro and Machinima are teaming up to tell an all-new Combiner Wars story that’s going to feature Galvatron, Windblade, Bruticus and HardHEAD (haha! can’t catch me here, phone autocorrect!), and naturally, Hasbro is putting out new toy versions to celebrate. There are so many things that are great about the Galvatron figure, but the best is this: his head is a tiny, detachable Megatron.