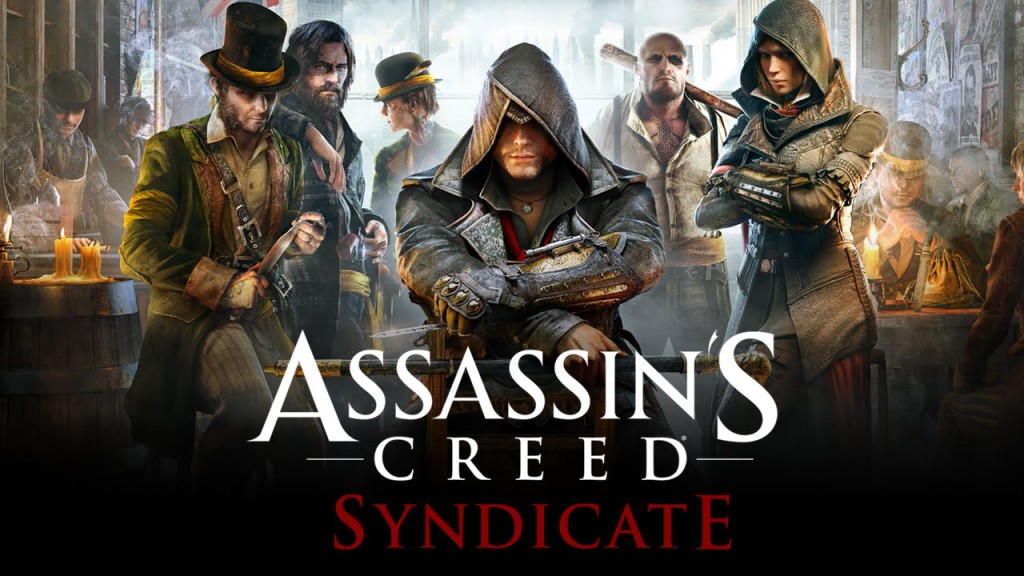 I love it when someone is able to change my mind. After watching the first few episodes of Babylon 5 as a teen, I quickly dismissed it as an inferior Deep Space Nine clone, not realizing my mistake until years later when handed a stack of bootlegged video tapes containing seasons three and four of the series.

I thoroughly enjoyed Assassin’s Creed IV: Black Flag, the first game in the AC series that I couldn’t put down. It wasn’t perfect, but it was leaps and bounds better than previous games in the series. One year later, a package arrived in the mail containing a copy of Assassin’s Creed Unity, Ubisoft’s first exclusively next-generation game in the series. I excitedly popped it into my console, started to play, and immediately wondered where the hell my Assassin’s Creed was. It was as if every single improvement made to the classic series by the fourth entry had vanished.

The final straw had been reached. I had never been a true fan of the series, but now I was finished, having judged Black Flag to be a lucky fluke, an amazing pirate game with Assassin’s Creed slapped on the cover. My disappointment turned into rage as I penned my review, “6 Reasons Why Assassin’s Creed Unity Has Cemented My Hatred of the Series”. After a headline like that, I figured Ubisoft had had enough of me, and so as I got word of colleagues receiving their copies of Syndicate, the latest in the series, I figured my mailbox would be empty. I didn’t mind; I really was done with the series, and with all of the interesting games forthcoming this holiday season, I was sure my limited gaming time would be well occupied without the latest adventures of the Assassins. Needless to say, I was shocked when the FedEx truck pulled up with a package from Ubisoft. As I installed the game on my Xbox One, I relished the idea of getting to go one more round with the Assassin’s Creed series. As I started to play, I quickly learned that my preconceptions for Assassin’s Creed Syndicate were completely, 100% wrong. Assassin’s Creed IV wasn’t a fluke, and now it has its successor. It was as if Ubisoft read my review, and personally set out to give me the game I truly wanted. We’re going to take a look back at Unity, and show you how Syndicate defied the odds, and my preconceptions.

Assassin’s Creed IV set the bar incredibly high with Brian Tyler’s much-lauded score. Between the incredible period pieces, the sea shanties, Brian Eno-esque new age, and an incredibly haunting performance of “The Parting Glass” by Sarah Greene, the game was worth completing for the music alone.

Without Tyler at the helm, I knew Unity’s soundtrack might be lacking. While the music wasn’t bad, particularly the work of Sarah Schachner, the score was for the most part bland and dull, and wasn’t the least bit inspiring.

I was truly hoping that Ubisoft would unleash the reigns of Schachner, and allow her to score the entire game rather than work in a team like the three-person one she was a member of for the Unity soundtrack. Hers was the best music in Unity, and her work with period instruments as well as Brian Tyler could have led to a perfect score (pun totally intended).

I didn’t immediately recognize the name Austin Wintory when looking at the game’s credits, so I had to take to IMDB. His work history is a mixed bag, with many video games, shorts, and documentaries to his name. Then I saw it: the guy who composed the score to The Flintstones & WWE: Stoneage Smackdown was also responsible for the incredible Playstation-exclusive Journey. Here, Wintory composes a score that is very much inspired by Tyler’s work in Black Flag. The music feels like it belongs in a BBC period drama, and the inclusion of vocal tracks that reference aspects of the story are incredibly fun. While it still isn’t Black Flag, it is leaps and bounds better than the Unity score, and unlike with the last entry in the series, I’ve caught myself listening to the soundtrack on its own.

If the trailers like the one above were to be believed, Assassin’s Creed Unity would feature cooperative multiplayer, seamlessly woven into the main storyline of the single player campaign. Sadly, it never really played out that way. There were long waits for partners, numerous glitches, and repetitive missions from a technical and design perspective. It could be fun when it worked, but much too often the game’s bugs got in the way of four player murder and mayhem.

Aside from the technical aspects, there were also cultural aspects that got in the way of some good, clean, multiplayer fun. For a game about stealth and subtlety, there was always that member of your team ready to do his or her best Leroy Jenkins impression, and go diving into combat like a whirling dervish. Sure, you could complete missions that way, but if you were playing the game with the intent of maintaining that stealth aspect, your partners could quickly leave you disappointed.

When the stars aligned and you got a good team, good bandwidth, and no bugs, the multiplayer in Unity could be a hell of a lot of fun. What I was hoping for in Syndicate was a more polished product that first off, worked, and second off, had mission designs that required you to be more thoughtful and calculating. I was hoping for a video game miracle, but what I got was the next best thing.

Many years ago, I had the privledge of interviewing game developer American McGee, and we got to talking about multiplayer features in games. He told me that the reason developers are often forced to shoehorn multiplayer capibilities in games is to boost sales long term. Most AAA games make the majority of their money in the first few weeks of sales, and multiplayer boosts that by adding replayability.

That being said, the industry likely believes that Ubisoft took a giant step back with Syndicate, because, for the first time in years, there is absolutely no multiplayer component. Sure, there is some social interaction like community treasure chests (find a special chest and your friends will get information on how to locate it themselves), but otherwise, your adventures in London will be solo ones. Because of this, the game feels much more polished and expansive than Unity. Syndicate’s setting is 30% larger than Unity’s depiction of Paris, and is absolutely packed full of activities for you to complete, in addition to the main missions. The inclusion of not one but two lead characters allows you some variation as well on how you play. All in all, I never once found myself wanting to share my experiences with others, either in co-op or deathmatch-style online play; I was too damn busy trying to take over London myself.

4. Remember, Remember, the Fifth of November, Templar Treason and Plot

Abstergo plagerized the plot of Batman Forever, and was selling home Animus units, now called Helix, and was probing people’s minds for information regarding Pieces of Eden, the mystical artifacts they’ve been searching for throughout the series. Your character happened to be some poor schmo who happened to be playing a Helix game when all of a sudden, modern day assassins show up and have you hunt for them instead.

I really hoped that we would have a chance to go back inside of Abstergo in Syndicate, similarly to how we got to explore the company from the inside in Black Flag. While not everyone was a fan of the modern day sequences, as someone who had never completed an Assassin’s Creed game before, I found that they were very helpful in filling in aspects of the story that I had missed, and sneaking around the corporate offices of the nefarious Templar-run company was kinda fun.

Not to spoil the plot, but the beginning of the game sees your modern day assassin friends infiltrating Abstergo to stop them from finding Pieces of Eden. In other words, the same damn thing we’ve gotten since the beginning. The only difference is now I no longer have any fraks to give about the modern day story. As I played through the campaign, I had to fight skipping the modern day cinematic sequences, because frankly I was much more excited to get back in the Helix and see what happened to my assassin characters.

To be fair, since Desmond Miles became a crispy critter in Assassin’s Creed III, the stories have focused more on the role you play in the Animus/Helix rather than your modern-day character. The trailer above doesn’t even reference that the story is taking place in a futuristic video game. That’s not necessarily a bad thing, either. The historical storyline of Syndicate is more than enough to keep me glued to my controller, unlike the bland and all too-predictable story they force-fed us in Unity. That being said, I understand that they want to tie all of the games together, and the only way to do that is in the “real” world of the game, but maybe it’s time for the modern day Templars to up their ante. I think it would make for a far more exciting story to have their New World Order in place and in public, with your character forced to explore ancestral memories in order to bring them down.

As I mentioned before, the storyline in 19th century London is fantastic, and with the large amount of side quests and allies you make along your journey, it sucks you right in. I love the fact that once again we get guest stars like Alexander Graham Bell and Charles Darwin, but also love that we don’t get a cheesy love story or other too often reused tropes. The story wasn’t necessarily the one that I wanted or expected, but like Batman, it was the one gamers deserved.