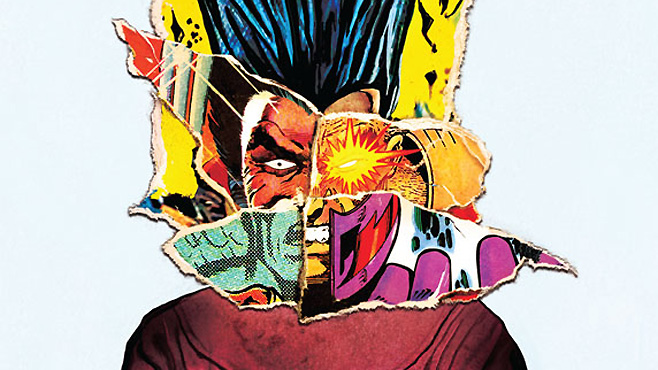 Twentieth Century Fox and Marvel Studios stunned pretty much everyone when they announced this week they were teaming up to create two new television series set within the Fox X-Men film universe for both the Fox Network as well as FX. What was more shocking were the premises of both series. While fans had been guessing things like X-Factor Investigations or Academy X for an eventual X-Men TV show, instead they’re developing series centered around Charles Xavier’s son David Haller, also known as the all-powerful Legion, a mutant with as many powers as he has personalities; and Hellfire, a show centered around the Hellfire Club, the longtime enemies of the X-Men who already appeared in X-Men: First Class.

So what could these two concepts mean for the overall X-Men cinematic universe? The ripple effect could be great, not just in terms of the overall story of the films and television shows, but even behind the scenes as well, in terms of Marvel and Fox teaming up to create shows centered around Marvel properties. Here are eight possible ways that these two shows could change the X-Men and Marvel,cinematic universes:

1. Legion Could Be The Key to a Potential Age of Apocalypse Movie 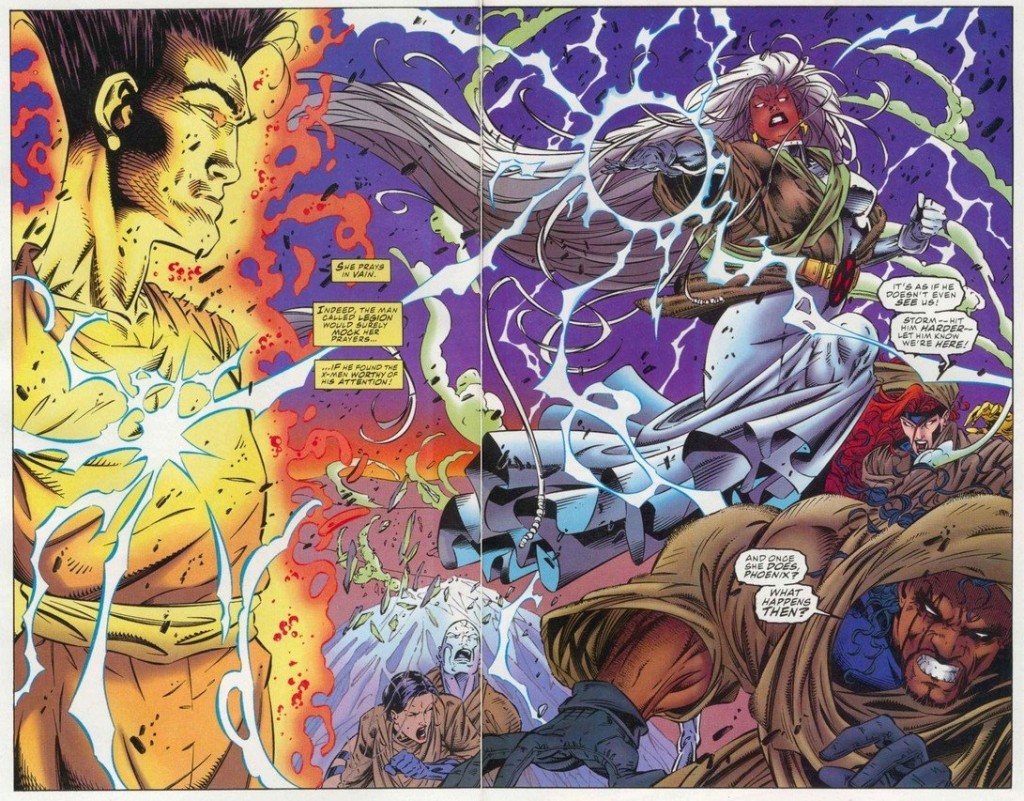 By establishing Legion as part of the Fox X-Men live-action universe, you are automatically opening the story up to a possible film adaptation of one of the most beloved X-Men sagas this side of Dark Phoenix. I’m talking about the 1995 epic Age of Apocalypse. Before you say “wait, aren’t they already doing Age of Apocalypse next year as a movie?” Well no, not exactly. X-Men: Apocalypse will tell of the X-Men’s first encounter with the titular mutant demigod. Age of Apocalypse is a whole other beast of a story, and the character of Legion is crucial to that particular saga.

In the original comic, Legion, a.k.a. David Haller, uses his vast psionic powers to travel back in time and kill Magneto, the X-Men’s biggest threat. Unfortunately, he travels to a time when Xavier and Magneto were still friends, and Xavier dies saving Magneto’s life. This makes Magneto take up Charles’ ideology, and form the X-Men himself, who end up fighting Apocalypse, who, with Xavier out of the way, has taken over most of the world in a new, alternate future. It’s the flip side of the future seen in Days of Future Past, where tyrannical humans enslaved mutants; now it’s the other way around. And the character of Legion is key to all of it.

2. A Hellfire Series Gives You A Chance to Fix Emma Frost

The press release for the new show Hellfire says the series will be firmly placed with X-Men film continuity, which includes X-Men: First Class, where the Hellfire Club already appeared, as controlled by Sebastian Shaw. The synopsis for the series says a young woman attempts to take the reins of the secret society during the 1960s. Although not named, when you hear the words “young woman” and “Hellfire Club”, you automatically assume we’re talking about Emma Frost here.

X-Men: Days of Future Past did mention that Emma was one of the dead mutants experimented on by Trask, but we never saw a body, and it’s possible she faked her death to get away from being under Magneto’s thumb, and returned to the remnants of the Hellfire Club and attempted to take control. Emma is one of the great X-Men characters who wasn’t done justice in the otherwise great X-Men: First Class. Just recast January Jones, a total void of charisma if ever there was one, with a better actress, and there you go.

3. You Can Use Hellfire to Introduce the Hellions 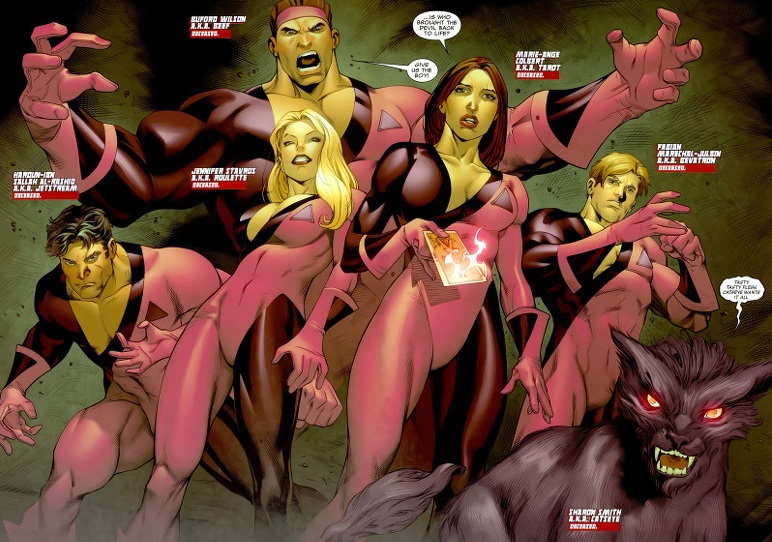 One of the cooler aspects of the Hellfire Club mythos in the classic Chris Claremont Uncanny X-Men and New Mutants comics from back in the day was the concept of the Massachusetts Academy, home to the Hellions. The Academy was a prep school for mutants run by the Hellfire Club, but unlike Xavier’s School, mutant and human co-existence wasn’t their #1 priority.

The elite students, nicknamed the Hellions, were the “mean girls” (and “mean boys,” I suppose) of mutantdom. Kind of the spoiled rich kids sorority/fraternity types, but with powers. We know in X-Men movie continuity that during the sixties, Professor X was struggling to keep his mutant school together (as per the info dump in Days of Future Past) It would be interesting to explore if the Hellions were flourishing while Xavier’s school was floundering.

4. Cross-Pollination With the X-Men Films 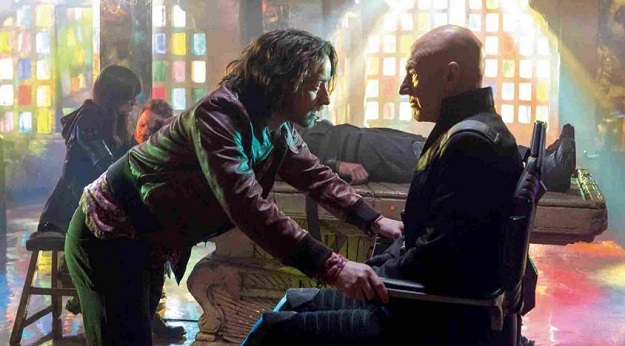 Unlike the Marvel Studios series like Agents of SHIELD and Daredevil, which so far only mention the events of the MCU movies but never have any guest appearances from any of the main cast (cameos from Samuel L. Jackson and Colbie Smulders aside) Fox has the chance to one-up Marvel by truly cross-pollinating the movie and TV versions of their live-action mutant verse, at least on occasion.

Okay, so maybe Hugh Jackman is too big a star for this, but I could easily see James McAvoy making an appearance in a flashback on Legion, to a time before his son was born, for example; or maybe even have Patrick Stewart having an episode dealing with the older, grown up version of his son. (or both!) With the exceptions of Jackman, Jennifer Lawrence and Michael Fassbender, none of the X-Men cast are anywhere near too famous or pricey to make guest appearances on television shows, and fans would eat it up, as it would really make the live-action universe truly seem bigger.