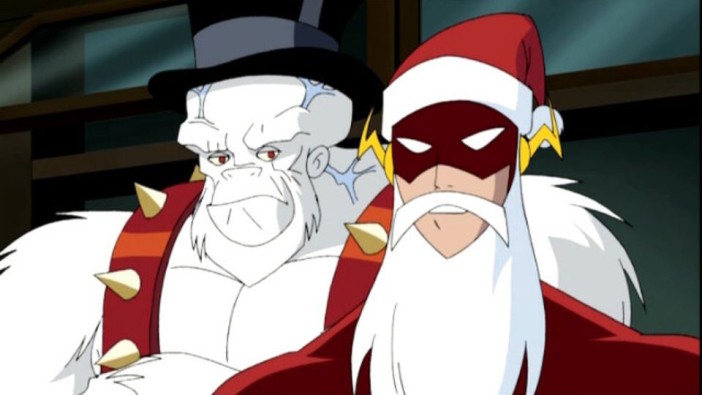 Christmas is almost here, and we nerds can sometimes be hard to shop for. WIth that in mind, the TRV team slaved over a hot Internet for weeks to put together the most comprehensive gift guide in existence! We’ve got gifts for every occasion, for every level of fandom, for every spot on the Myers-Briggs Frenemy Spectrum. Check them out:

Gifts for an Office Party

Office gift exchanges can be tough: you’re usually asked to shop for people you don’t really know that well, so you have to stick with broadly popular general interest gifts. We’ve got a few here that could be for anyone in your life, and might entice someone to a higher level of nerd fandom. 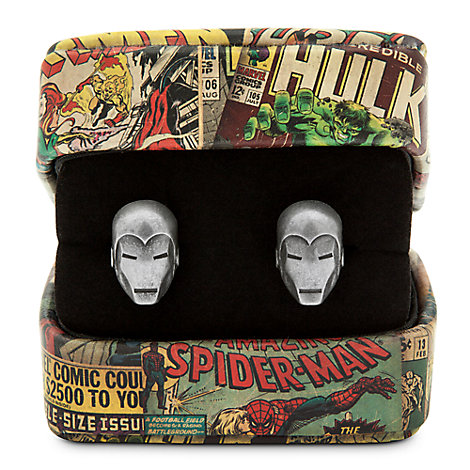 Fun fact: I don’t think I’ve ever received a pair of cufflinks in a box like this. Mostly they come in little ziploc jewelry bags. As such, I do not currently have a matched pair of cufflinks anywhere in my home. So yeah, these are on here just as much for the awesome looking box that they come in as for the fact that they look cool, understated metal and widow’s peak and all.

Good For: People who wear shirts with French cuffs. THERE ARE PLENTY OF THEM. 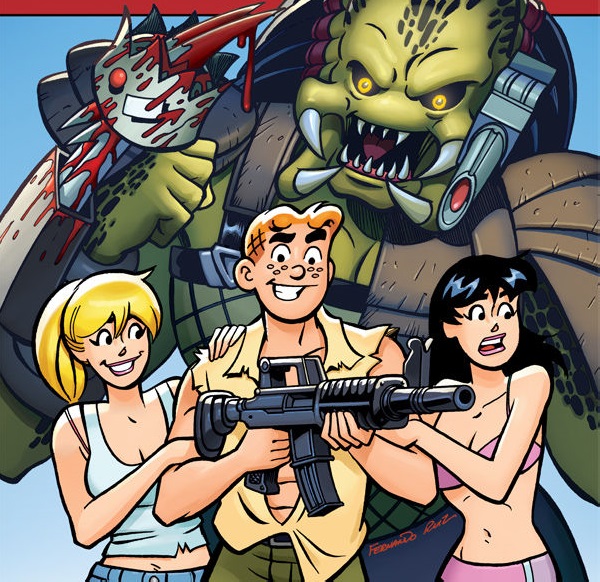 Alex de Campi and Fernando Ruiz’s mash-up of the Riverdale gang and the monster who blew off Carl Weathers’ arm is perfect for casual gift giving. It’s such a strange pairing on its face that people who get it and don’t want to read comics can laugh at how ridiculous it is. But it’s even more absurd once you start reading, and they won’t be able to put it down.

Good For: Ominous warnings to your coworkers that you’re much more dangerous than you look. 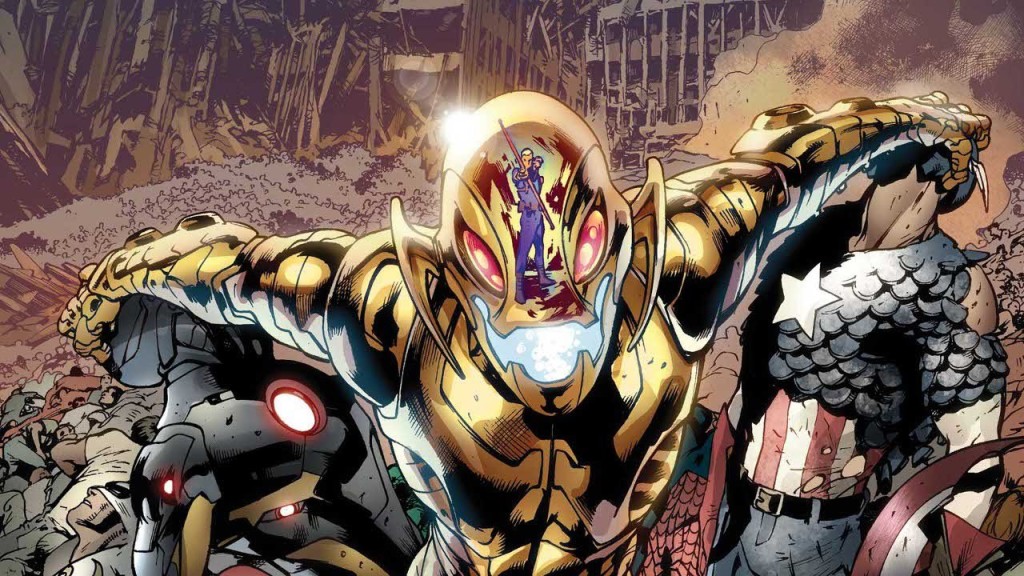 Thankfully, this isn’t an adult coloring book based on the movie. Everybody drawn in those books looks stiff and rubbery with disproportionate facial features, like they’re begging you to color it like a caricature you bought on a boardwalk somewhere. Instead, this book is the uncolored line art from Brian Michael Bendis and Bryan Hitch’s comic storyline where Wolverine becomes his own murdergrandpa.

Good For: Send out the invite for your holiday party 2 days after you hold it. Have a couple of these on hand for anyone who shows up. 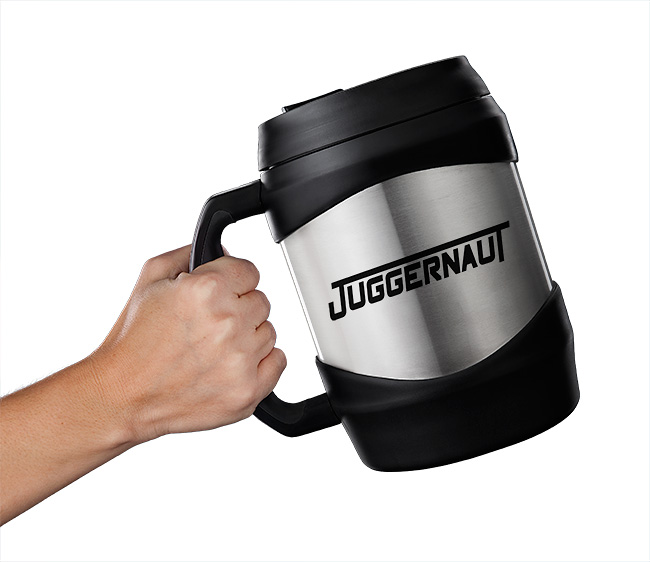 “Oh cool, a mug based on popular X-Men character The Juggernaut,” you might think. But no, it’s not that. ThinkGeek’s mug isn’t on this list because of any affiliation with a comic franchise, or because it’s even particularly nerdy. No, it’s on here because when I was looking for a link where one might be able to buy the Shadowman mug that I got at NYCC, the one that holds an entire fist of coffee, I stumbled across this 52 ounce behemoth and my breath caught in my chest a little. Finally, a mug that holds enough coffee for me to drink in one sitting. Finally, a coffee mug man enough for me.

Good For: Look for someone who shakes at their desk at about 10:30 in the morning. 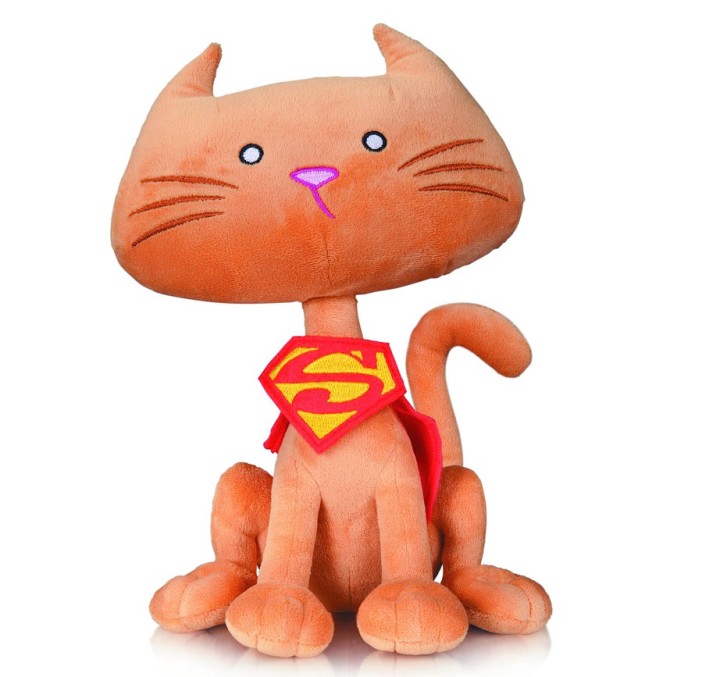 I have been howling about these plush Super Pets since Toy Fair and they’re finally out! Hoppy the Marvel Bunny, Krypto, Dex-Starr and Streaky, and they’re so cheap. I may end up giving a ton of these out.

Good For: The horse who has a crush on you.

These gifts are perfect for the people in your life who you think you can convince to read comics, but for some reason haven’t taken the plunge yet. They’re a good way to dip their toes in the pool. 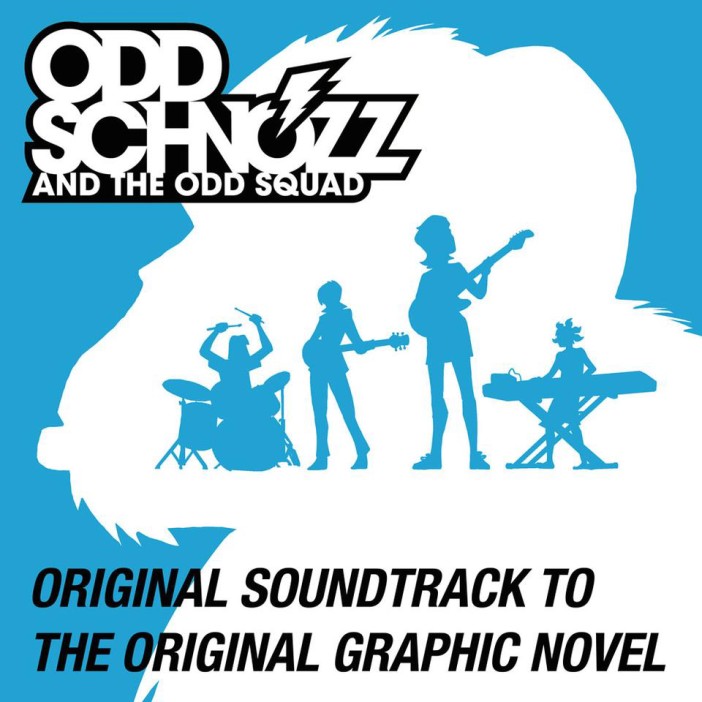 One of the most pleasant surprises all year was this digital first story about a high school punk band in Plano, Texas, that finds talking cyborg animals and a government conspiracy right before a big battle of the bands starts. Jeff Burandt, the writer of Odd Schnozz, is also in a band, Americans UK, and they put together a soundtrack for the book that goes great with it.

Good For: Transitioning a music geek into a comics nerd. 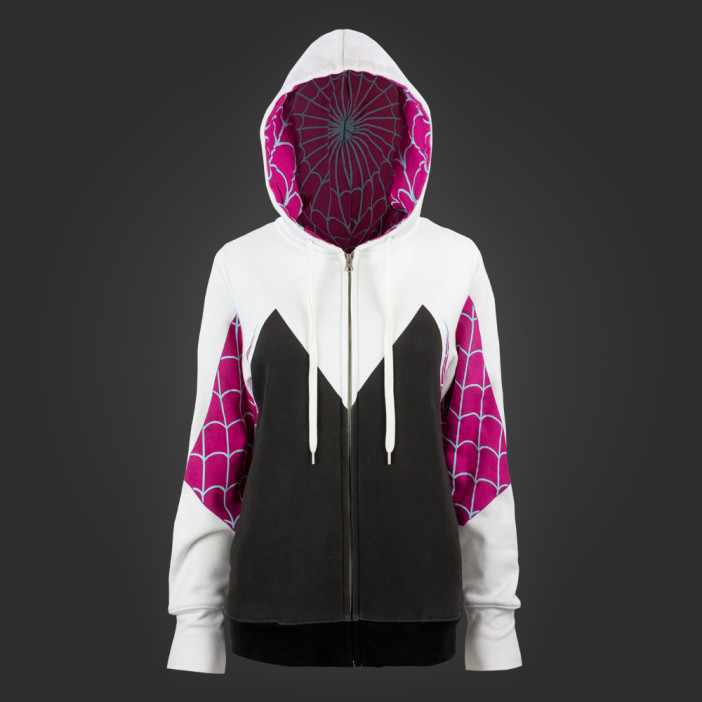 We Love Fine makes some super comfortable stuff, so this hoodie, designed for the easiest possible transition from “wearing it to hang out” to “oh shit I forgot I have a cosplay photo shoot” likely has both form and function.

Good For: An ex from a parallel universe.

8. Anything by Kate Beaton (Drawn & Quarterly, mostly) About $20 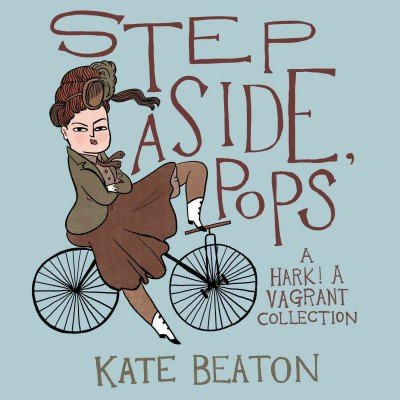 We’re in the middle of a really good time for funny comics, but I don’t know if there’s anyone as talented at making them as Beaton. Step Aside, Pops’s jokes move blazingly fast, but Beaton draws from such a wide variety of sources for her jokes that there is something for quite literally anyone in here. 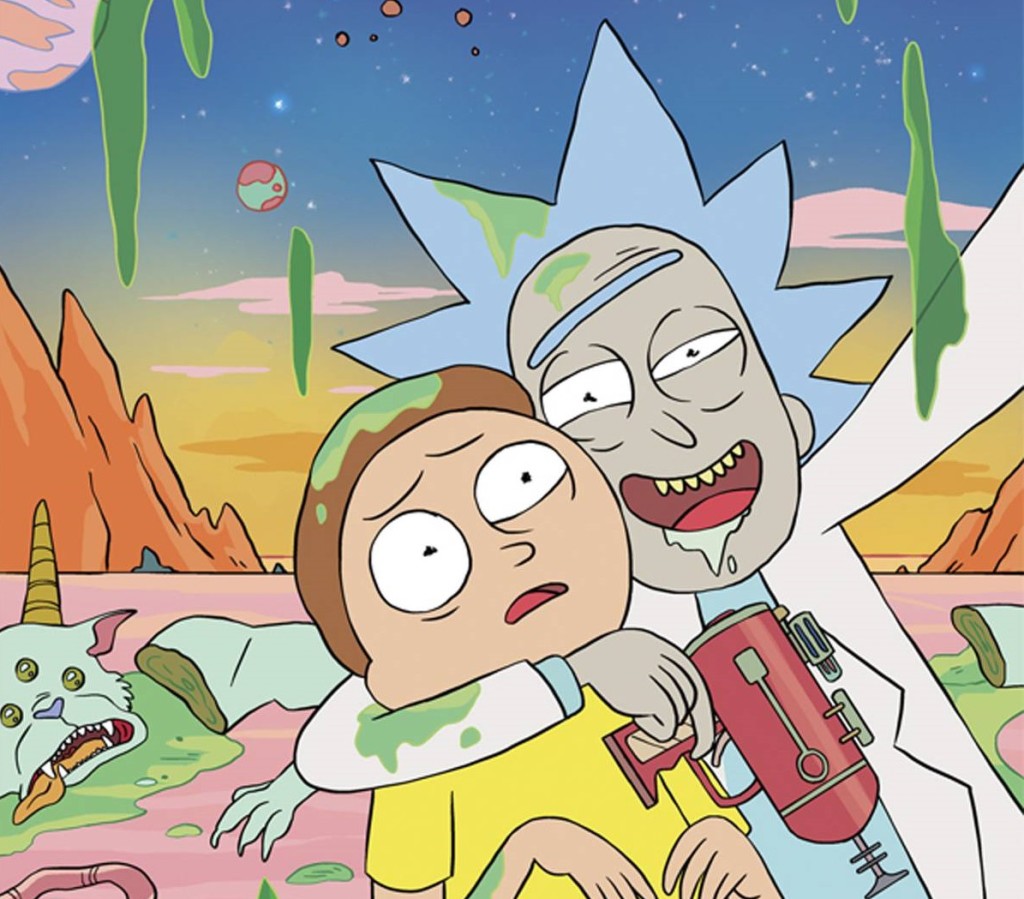 Zac Gorman and CJ Cannon’s comic with the characters from the show is so note-perfect that it might as well be unused scripts they’re sending to Oni. This volume collects the first six issues of the comic, and it’s hilarious.

Good For: Any squanch who squanches to squanch more from the show. 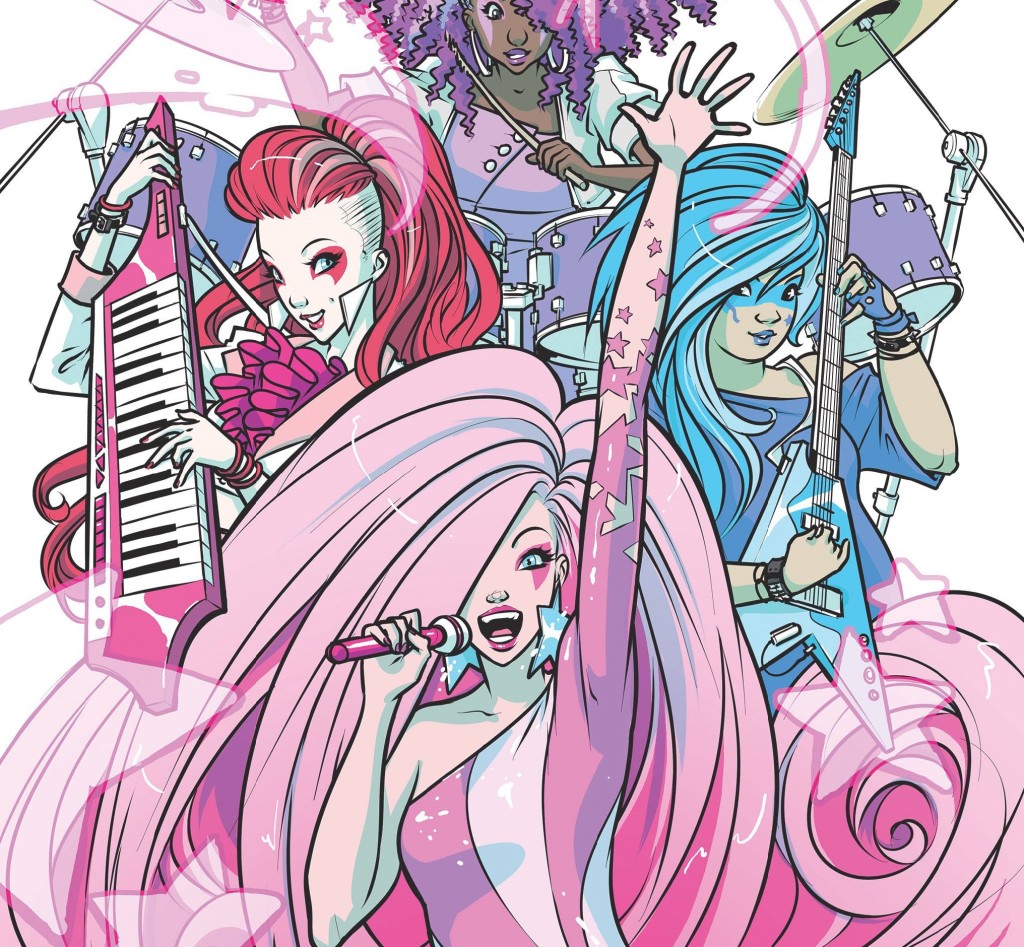 Not the DVD of the atrocious movie, which is HILARIOUSLY coming out less than 3 months after the movie was released in theaters. I’d link to it to prove the release date, but I don’t want anyone to accidentally click “buy now” and then delete themselves entirely from the whole internet because it’s the only way to atone. But you SHOULD buy the excellent comic series from Kelly Thompson and Sophie Campbell, which does a great job of modernizing the show while maintaining everything that made it special.

Good For: Anyone who’s at least middlingly outrageous.